IIT JODHPUR/ WORKSHOP ON ALL FORMS OF CREATIVITY

— An online pedagogical workshop hosted by IIT Jodhpur and sponsored by Indian Council of Social Science Research (ICSSR) under the scheme of ‘Azadi Ka Amrit Mahotsav’ that covers all forms of creativity on various domains of literary, performative and visual arts.

IIT Jodhpur aims to go beyond the epithet of “practical courses,” and now organises the workshop that will aesthetically blend and synergise creativity together with pedagogy in the coming days.

She is the Director and lead Curator of EPFL’s Art Lab, a new art/science initiative. She is considered a pioneer in the field of digital heritage, digital museology, digital humanities and data visualisation and she conceives and designs large-scale immersive visualisation systems for public audiences, industry and researchers.

AKSHAT NIGAM is one of the founding members of the Dum Pukht Writer’s Workshop and teaches Literature, Creative Writing and Storytelling  and is an award-winning playwright.

He has been performing as a professional Storyteller for children and adults since 2015.

His performances include East of the Sun, West of the Moon, Error 404: Life Not Found, and An Uneasy Truce: Stories about Fear.  In 2019, he wrote and performed in My Fair Ladle: A Disobedient Love Story, an “immersive performance experience,” holding the play in a restaurant and incorporating the food into the theme.

PERVIN SAKET was awarded the Srinivas Rayaprol Poetry Prize 2021 and she was the inaugural Fellow for the Vancouver Manuscript Intensive, 2021.

She is the co-founder of the annual Dum Pukht Writers’ Workshop and Poetry Editor at The Bombay Literary Magazine.  Her poems, including the collection ‘A Tinge of Turmeric’ have been widely anthologised. Her novel ‘Urmila’ has been adapted for the stage, featuring classical Indian dance forms of Kathak, Bharatnatyam and Odissi.

This evening of poetry and dance will include the structured as well as the spontaneous.  Beginning with a choreographed piece on a poem, the programme will then encourage participants across several styles to interpret new poems in their own unique ways.

The verses and the dances will be collaborative, funny, political, exciting, poignant and hopeful.

Psychologist, Mindfulness-based Practitioner and Arts-based Therapist, ANUBHA DOSHI has completed Advanced PG diploma in Mindfulness & Presence-Oriented Psychotherapy. She is the founder-director of Artsphere and Soulsphere, a unique arts and healing centre in Pune where performing arts and therapy.

She has studied Chakra Healing as well as Reiki.She is currently pursuing the doctoral programme in Expressive Arts Therapy from the European Graduate School, Switzerland.

Her interest in Buddhism was first fuelled by the Certificate Course in Mahayana Buddhist Psychology and Ethics by the WCCL Foundation and the Department of Pali and Buddhist Studies at the Pune University.

Her practice is unique as she explores the connection between Dance Movement Therapy (DMT), Mindfulness, and Buddhist Psychology as well as Eastern philosophies. She has been regularly conducting online workshops in mindfulness, dance therapy, positive psychology, resilience and mindfulness.

She is a psychologist, dancer, choreographer, and therapeutic movement practitioner. She has trained in Bharatanatyam under Padma Shri Geeta Chandranji and also under Mrs. Suparna Sood, Smt. Rekha Chowdharyji and Padma Vibhushan Yamini Krishnamurthy

She first became interested in Dance Movement Therapy at the age of 16, when she attended a workshop under Tripura Kashyap. Since then, she has assisted and co-facilitated workshops in Dance Therapy and Arts-based Therapies with her sister Anubha Doshi  eventually going on to study Dance Therapy.

PARISMITA SINGH is a writer and artist.  She has written and illustrated the graphic novels ‘The Hotel at the End of the World’ and ‘Mara and the Clay Cows’. ‘Centrepiece: New Writing and Art from Northeast India’ and ‘Peace has Come’ are her other works.

She has worked on the graphic reportage series ‘NRC Sketchbook’ for Huffington Post (India).

SURESH K. NAIAR, famous Artist and Muralist has acquired a major presence in art spaces both in India and abroad for his Public Art Projects. He exhibited his works both in Indian Cities and Foreign Cities. He has travelled to UAE, UK, USA, Nepal, and Bangladesh for his art research and exhibitions. He has been awarded the Kerala Lalithakala Akademi award (2005) by the Government of Kerala; Elizabeth Green Shield Scholarship, Canada (1997); Fulbright Fellowship (2005–06); and Earth Day network award (2015 and 2018) by Washington Lions Club International Award along with various arts exchange programs and research projects. He has conducted music based drawing performances in India and abroad.

Apart from hosting over 25 exhibitions for the Indian and international students, he also conducted the show “Wonder that was India ” at the Tyler School of Art Gallery, Temple University, Philadelphia. More recently, he also curated Students Biennale by the Kochi Muziris Biennale.

He specializes in both Indian and Western Mural Techniques and created and exhibited Monumental Mural in public and private spaces in India and abroad.

He is also interested in Calligraphy traditions of Chinese, Japanese, Islamic and Indian and has experimented with this form through his music-based drawings.

He also attempts to address significant social issues pertaining to the Environment, Plastic Pollution, World Peace, Partition and Migration through his Art, Activism and Art Performance. At present he is a faculty member of Visual Art in the Department of Painting, Faculty of Visual Arts, Banaras Hindu University, Varanasi.

MAHESH DATTANI is a playwright, stage director, screenwriter and filmmaker.

His published works include ‘FINAL SOLUTIONS AND OTHER PLAYS’ and ‘Me and My Plays’. In 1998, he won the prestigious central Sahitya Akademi Award for his book FINAL SOLUTIONS AND OTHER PLAYS, the highest award for a literary work in the country. He is the first playwright to write in English to receive this award. Today, his plays are produced in all the major cities of India.

His works are performed in cities outside the country, including London, Leicester, New York, Washington DC, Sydney, Colombo, and Dubai. His plays have been translated and performed in Hindi, Gujarati, and Kannada.

His play ‘Dance Like a Man’ directed by Lillete Dubey, received 635 performances and continues to tour.

HAOBAM PABAN KUMAR is a prominent voice of the North Eastern state of Manipur, actively involved in both non-fiction and fiction storytelling. Immediately after graduating from SRFTI Kolkata in direction and screenwriting, he burst onto the documentary scenario with his hard-hitting film, AFSPA 1958, winning several national and international awards, including the FIPRESCI and Jury prize at the 9th MIFF 2006 and the Golden Lotus Award at The 56National Film Awards 2009.

The film bagged the Golden Gateway Award at the 18th Mumbai Film Festival 2016, Special Mention or Cultural Diversity Award at the 11th Asia Pacific Screen Awards, Brisbane, 2017, besides winning the Silver Lotus for the Best Environmental Film at the 64th National Film Awards, 2016.

SONIA NEPRAM is the founder of Yelhoumee Pictures based in Manipur. She is currently pursuing her doctoral degree from the Rajiv Gandhi University, Arunachal Pradesh, and she holds a postgraduate degree in mass communication from the AJK MCRC, Jamia Millia Islamia, New Delhi. She has been working on various media and audio-visual projects including socio-political documentary ‘Bloody Phanek’ which has received many awards in national and international film festivals.

ARUNI KASHYAP is a writer and translator.

He is the author of ‘His Father’s Disease’ and ‘The House with a Thousand Stories’ and translated two novels from Assamese to English. He has also edited a collection of Stories called “How to Tell the Story of an Insurgency: Fifteen Tales from Assam’.

Winner of the Faculty Research Grants in the Humanities and Arts Program 2022, Arts Lab Faculty Fellowship 2022 (both from the Willson Center for Humanities & Arts), and the Charles Wallace India Trust Scholarship for Creative Writing to the University of Edinburgh, his poetry collection, ‘There is No Good Time for Bad News’ was a finalist for the Marsh Hawk Press Poetry Prize and Four Way Books Levis Award in Poetry. 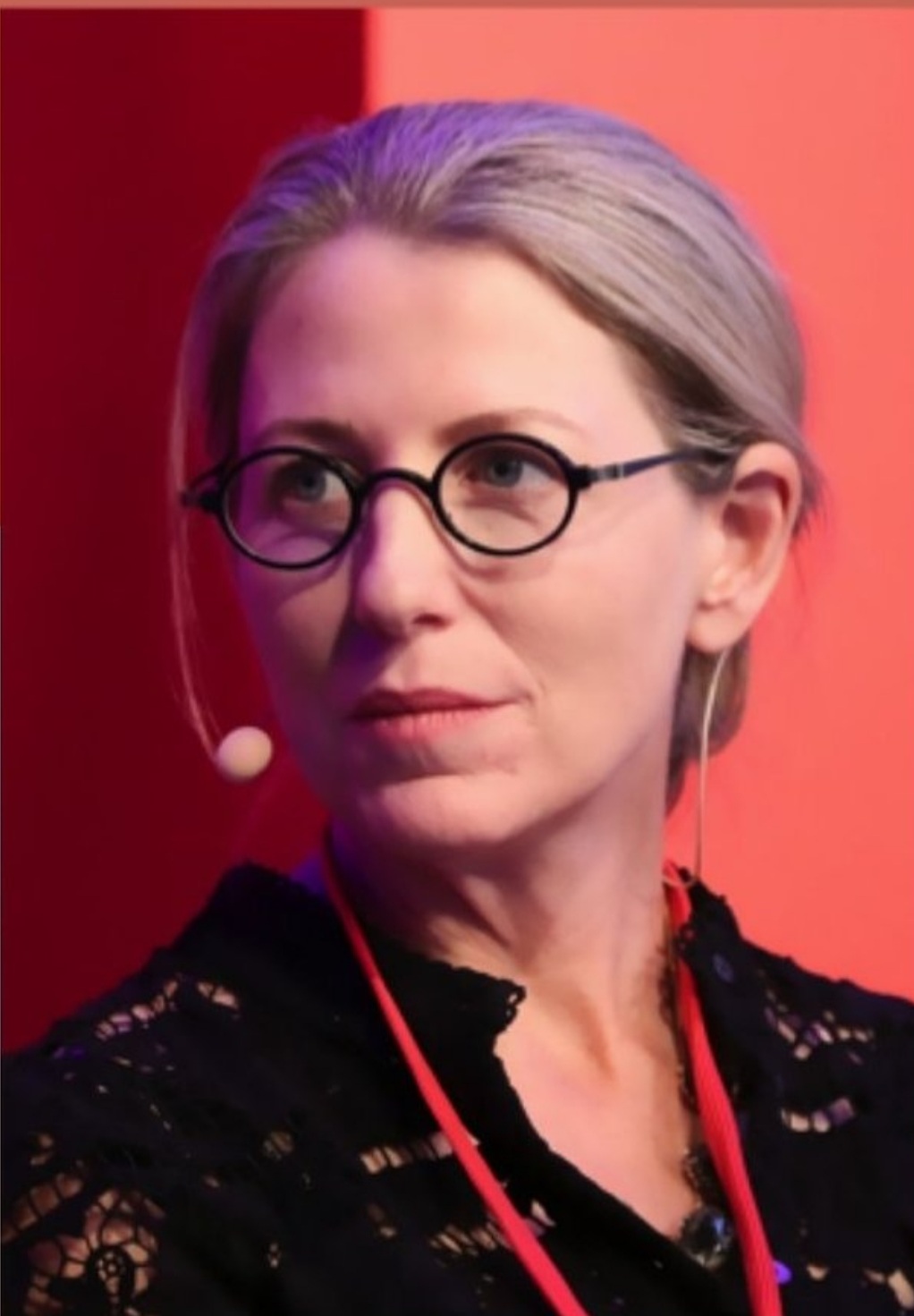 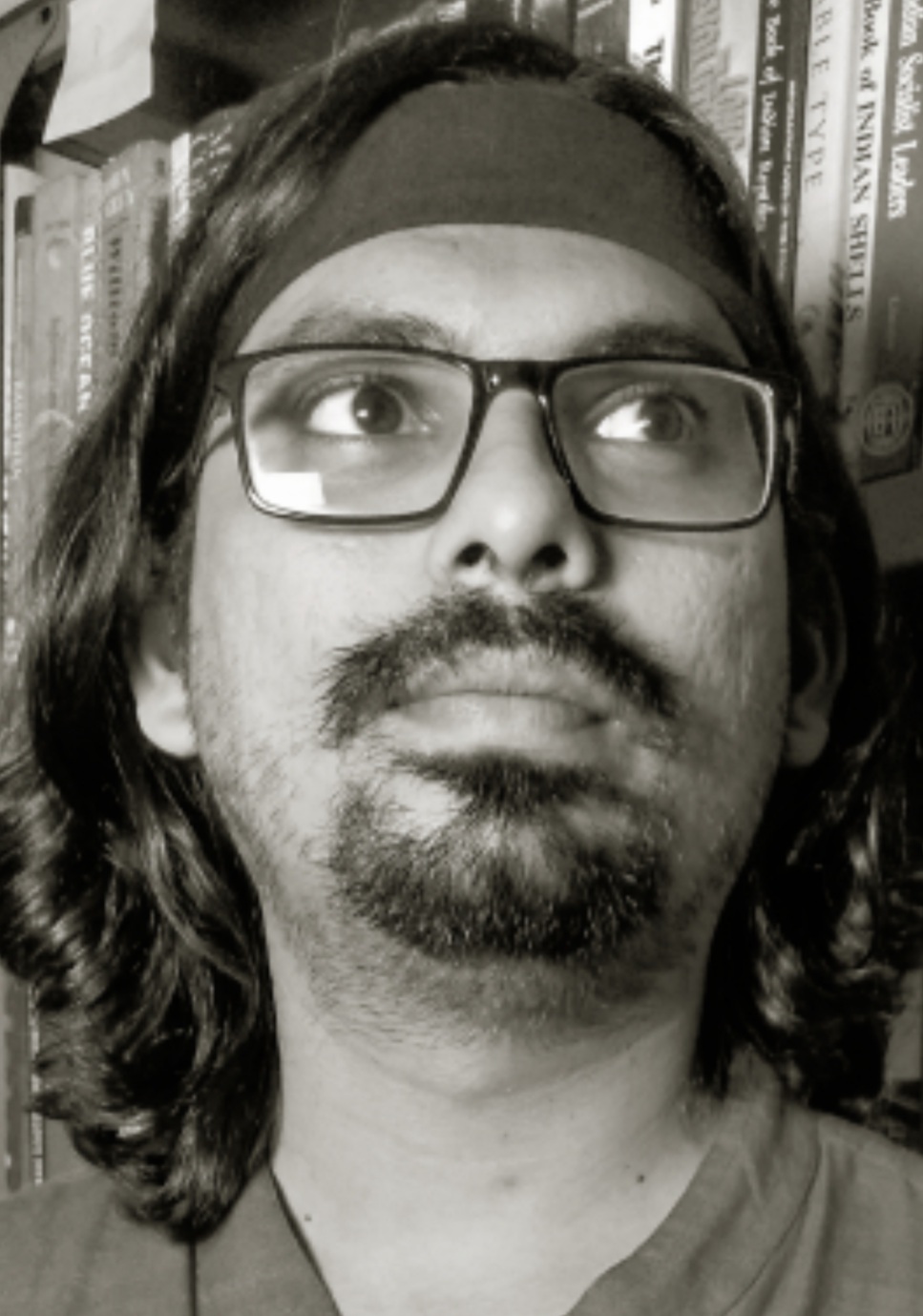 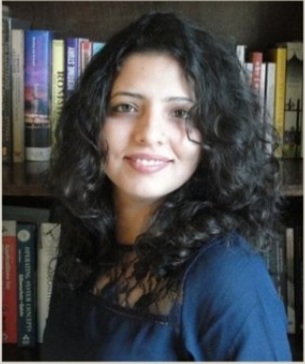 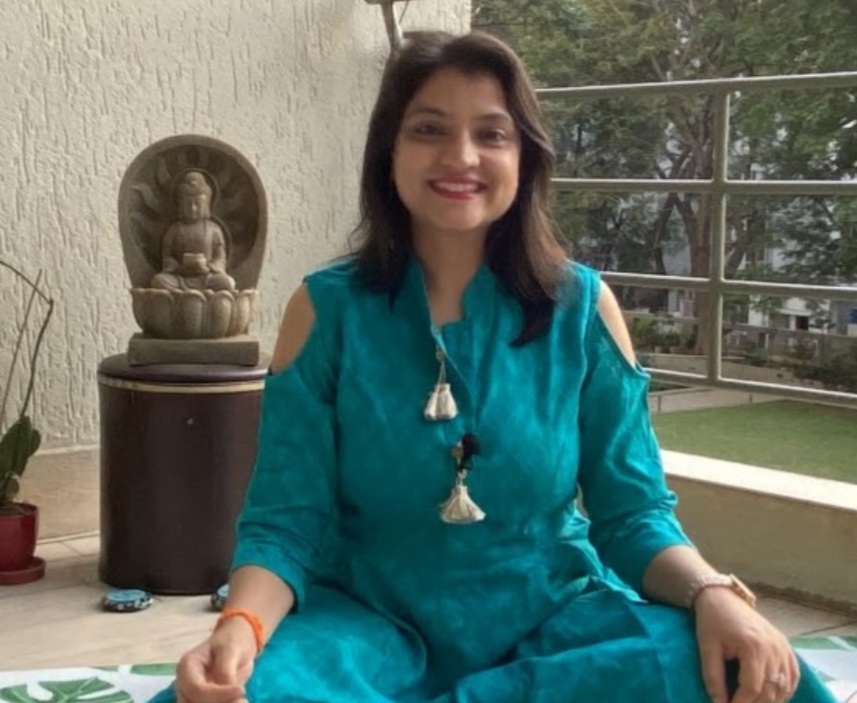 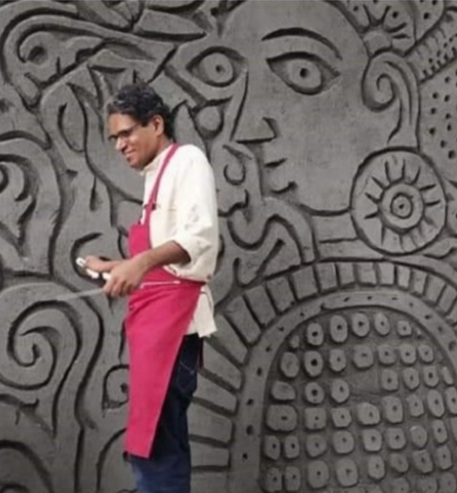 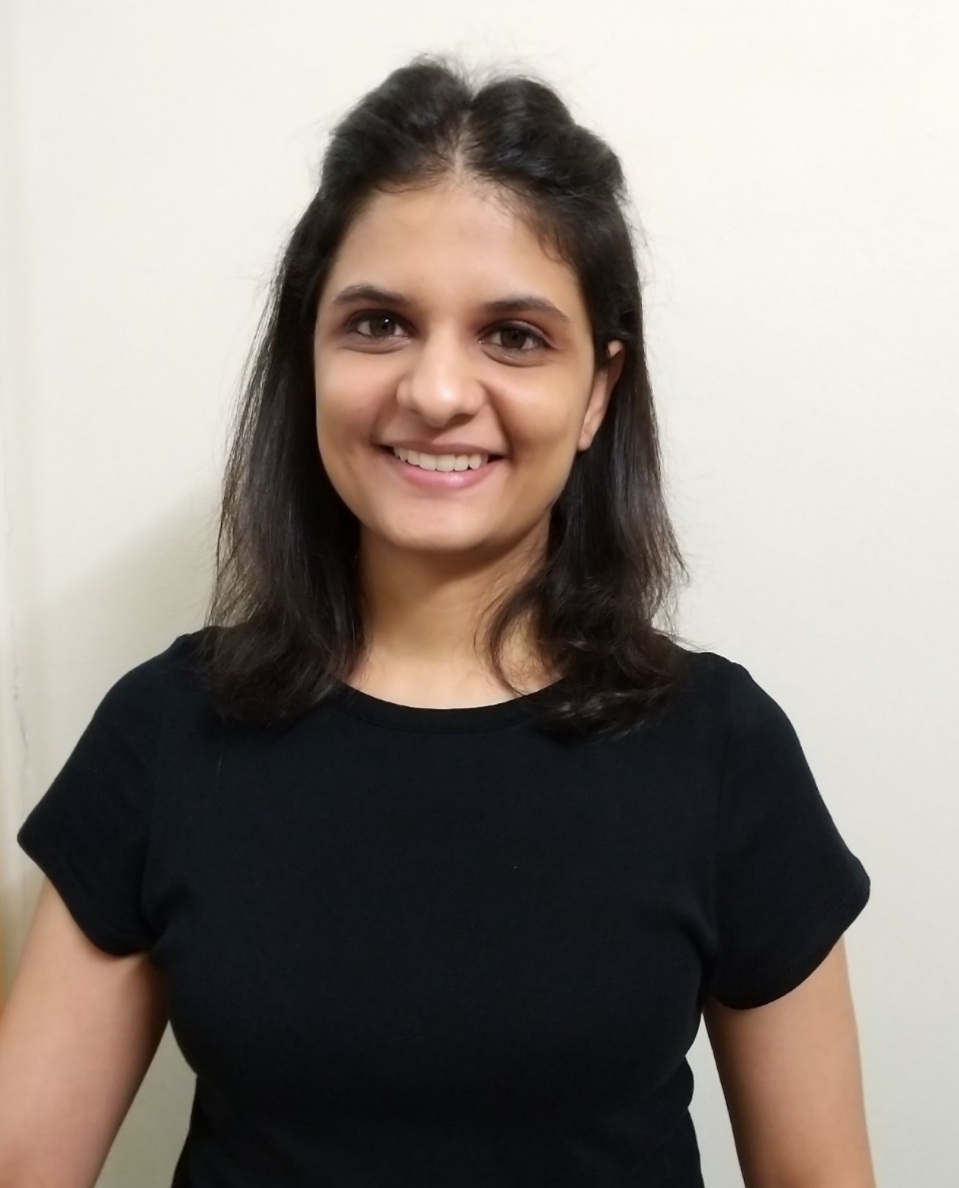 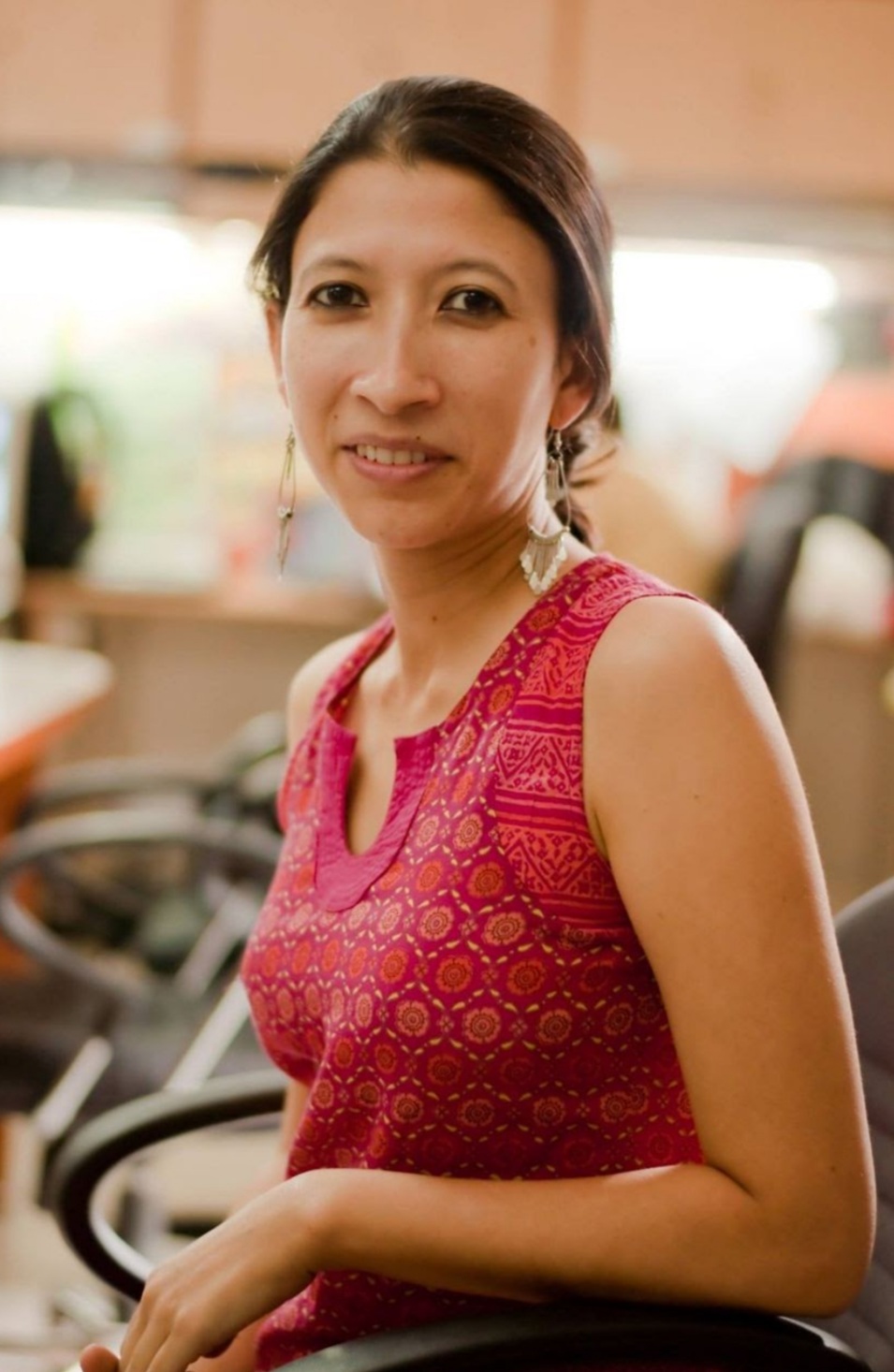 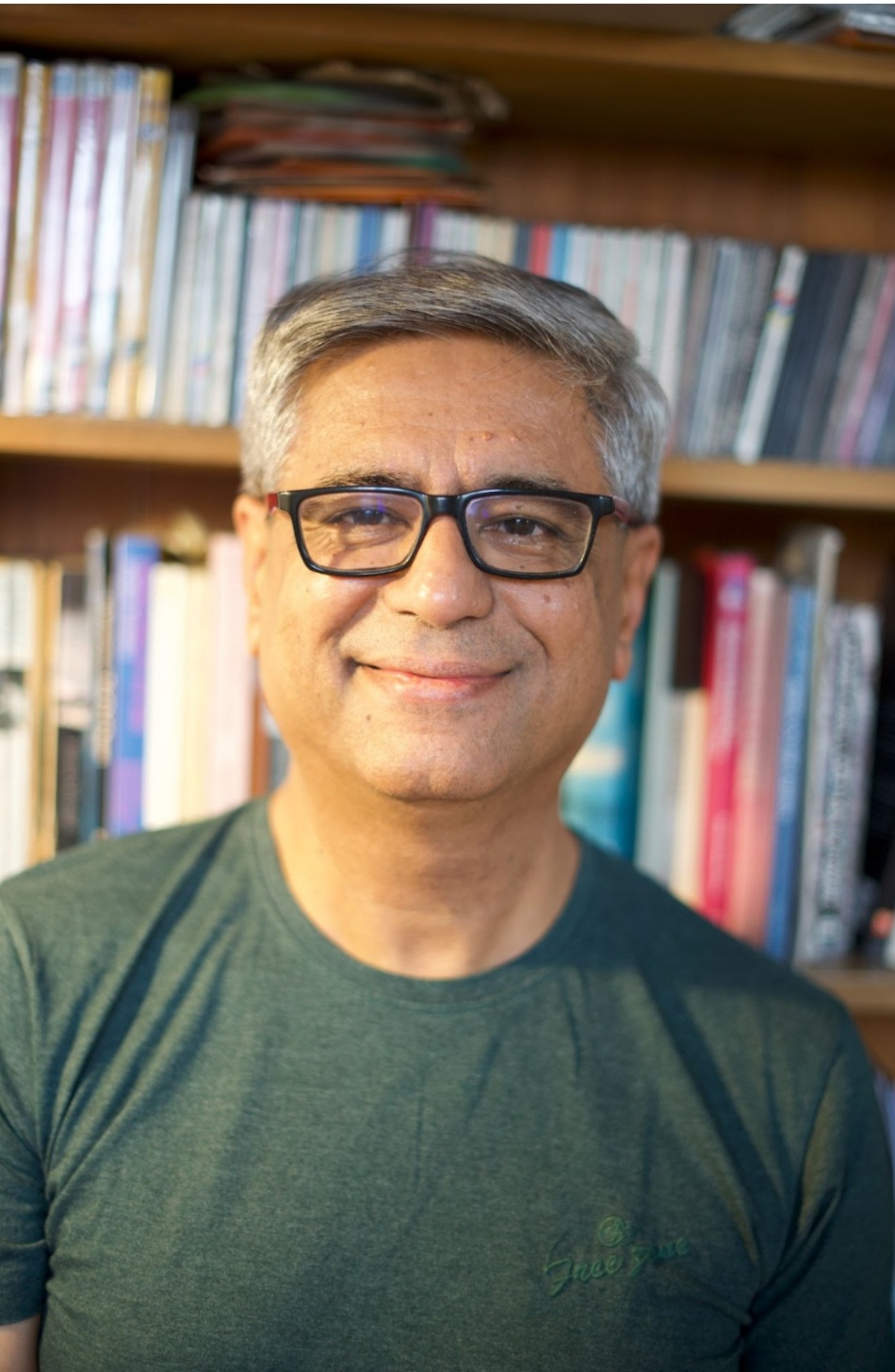 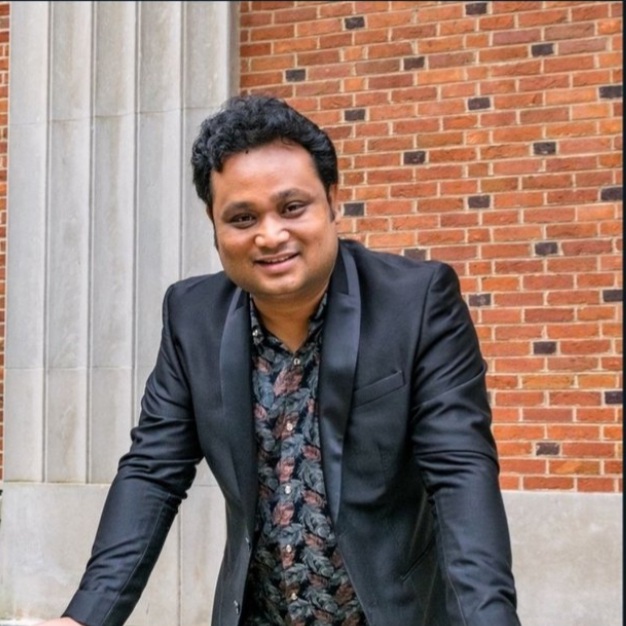 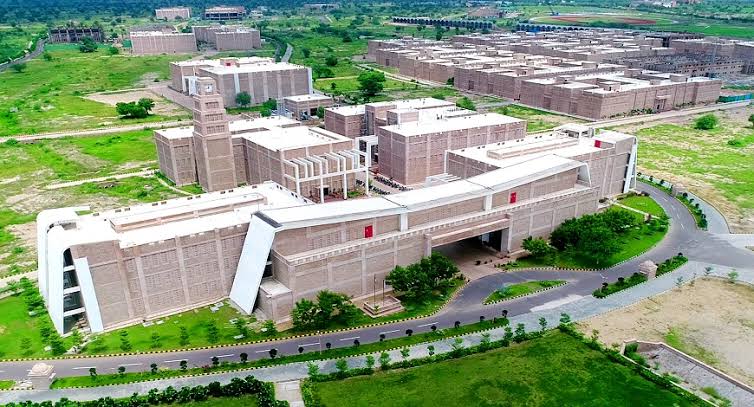