SOUTHAMPTON ARTS CENTER, New York presents an innovative International Exhibition, TECHSPRESSIONISM – Digital & Beyond that reflects the expressive potential of electronic media, a unique approach in which technology is utilized as a means to express emotional experience.

“I believe that the computer and technology in general, are not separate from humankind, but are a natural extension of us. Technology is a continuum which is as old as humanity, not a novelty or fad, and the computer is just one of a long string of tools which have enabled human expression, including the typewriter, the camera, the printing press, the pen, the pencil and paint.

Critic Helen Harrison’s suggestion to redefine techspressionism as an ‘approach’ rather than a ‘style’ has been critical in its development as a movement. This transformed techspressionism from a technological aesthetic into a philosophical methodology that artists around the world have been able to identify with,” says Colin Goldberg, the Curator of the show and the renowned artist who coined the word ‘Techspressionism’ in 2011 and later celebrated the movement all over the world.

Colin Goldberg used the word “Techspresionism” in contrast to the traditional terms like “digital art” and “new medium art,” which only address the medium and not the message of creative expression through a symbiotic relationship between new technologies and art.

“The search for effective means of visualizing subjective, intangible content goes back to the early 20th century expressionists. Jackson Pollock and his generation took it to new levels of abstraction. The techspressionists in this exhibition are carrying it forward, using innovative tools and techniques to communicate their personal visions,” Helen Harrison, Techspressionism’s Senior Advisor and the Director of the Pollock-Krasner House and Study Center shares his idea through the Press release.

“I am excited and honored to have my work included in this important contemporary art exhibition: Techspressionism -Digital and Beyond. I see my work as a specific form of Techspressionism. I create imagery with technology, primarily digital art tools, which combines an expressive subjectivity with the inexorable neutrality of geometrical structure,” says Victor Acevedo, artist of international acclaim best known for his digital print work and video.

“This has been quite a journey to this point – the roots of Techspressionism sprouting from Colin Goldberg and I studying in graduate school together, to his asking me to be one of the first partners of this excellent community. It’s been a joy bringing our friends and colleagues from around the world, including celebrated artists from around the world, and digital legends like Cynthia Beth Rubin. From our collaborations in the early days to our co-curating the first Global Techspressionism exhibition in 2021, I’ve been very happy working with Colin Goldberg to build this vibrant, inclusive community”, elaborates Patrick Lichty, renowned media artist, curator, designer, animator, theorist and now works as an Assistant Professor of Mass Communication at Winona State University, USA.

The exhibition includes the works of more than 90 artists working with technology from more than 20 countries around the world including Australia, Brazil, Canada, France, Germany, Hong Kong, India, Iran, Italy, Netherlands,  Russia and the United States.

“I feel lucky to be a part of this amazing group of artists, it is a colorful generous inclusive community that prioritizes innovation, education and artistic development and collaboration. It’s great to be able to be a part of an artistic movement from all over the world, it’s a chance to expand one’s world and give them a voice to be heard.  Thanks to the artists who shaped this community, especially Colin Goldberg who created the term, and to Patrick Lichty who mentored me to this new world,” said Negin Ehtesabian, the renowned interdisciplinary artist, illustrator and designer.

“The word Techspressionism has given a new identity to my digital artwork. For me, technology is not a replacement, it is a requirement of my creation. During the pandemic, only one good thing happened, that is connecting to Colin Goldberg and to all Techspressionist artists through the Salon.  I feel proud that I am part of an artistic movement and also of the exhibition “TECHSPRESSIONISM – Digital & Beyond,” says Malavika Mandal Andrew, artist known for mixed-media, digital art and collage, tapestry and fibre art.

The exhibition will be virtual and in-person talks, tours, films and workshops will also be conducted at Southampton Arts Center (SAC) Galleries starting on 21 April 2022.

Southampton Arts Center, New York is a Cultural Organization committed to community building through the arts and conducts inspiring, inclusive, socially and regionally relevant programmes across all disciplines. 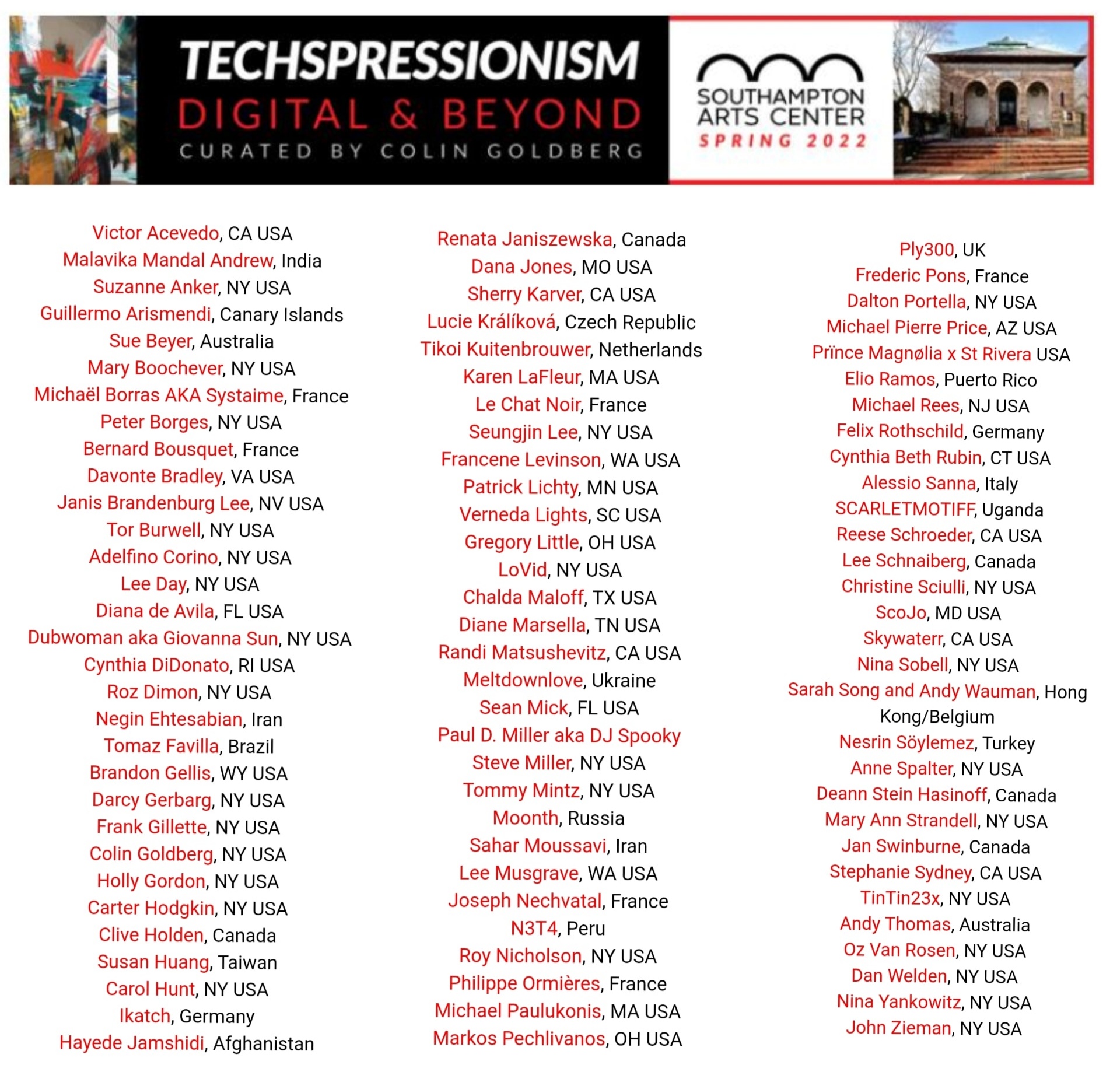 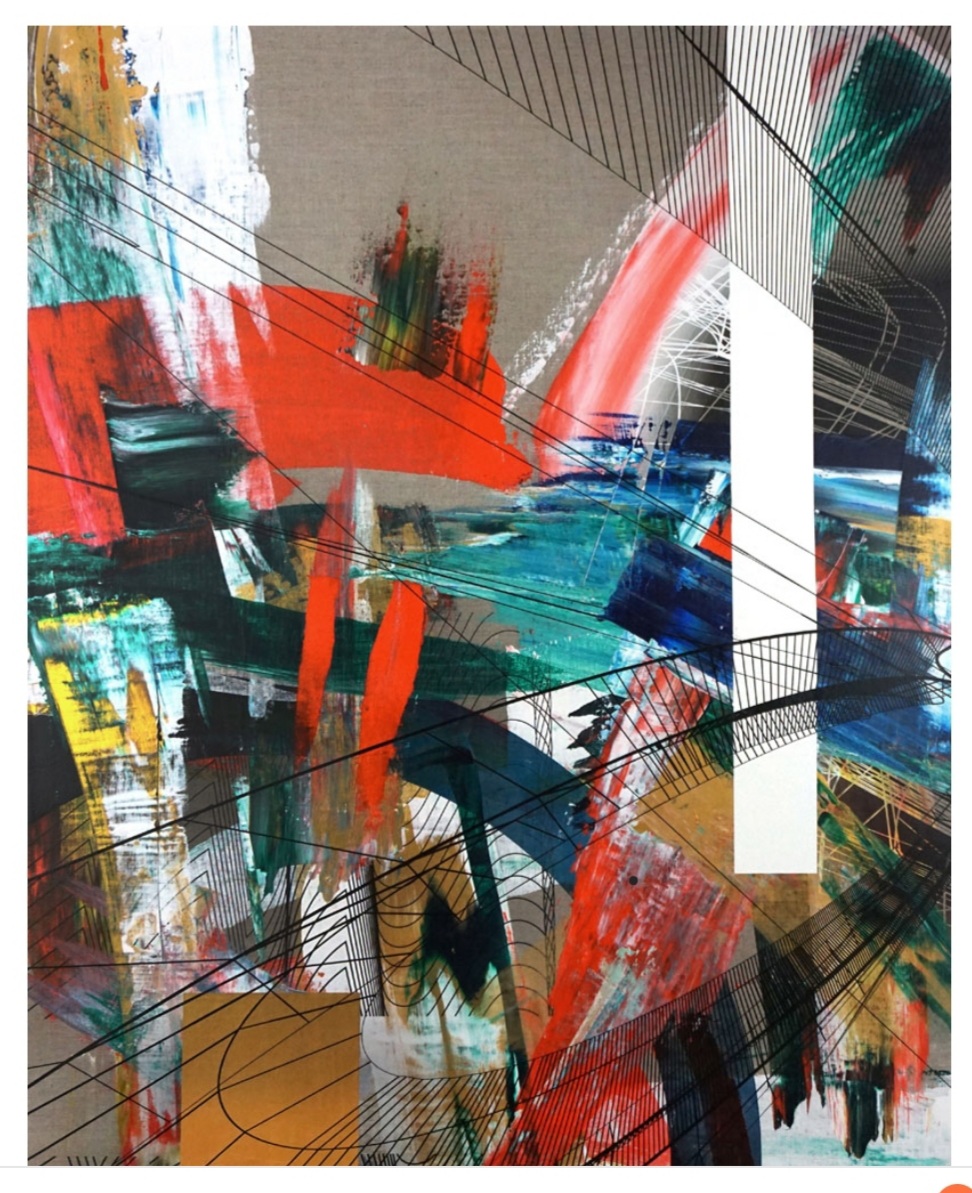 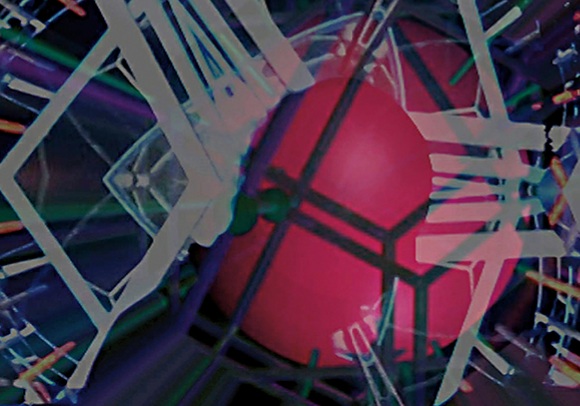 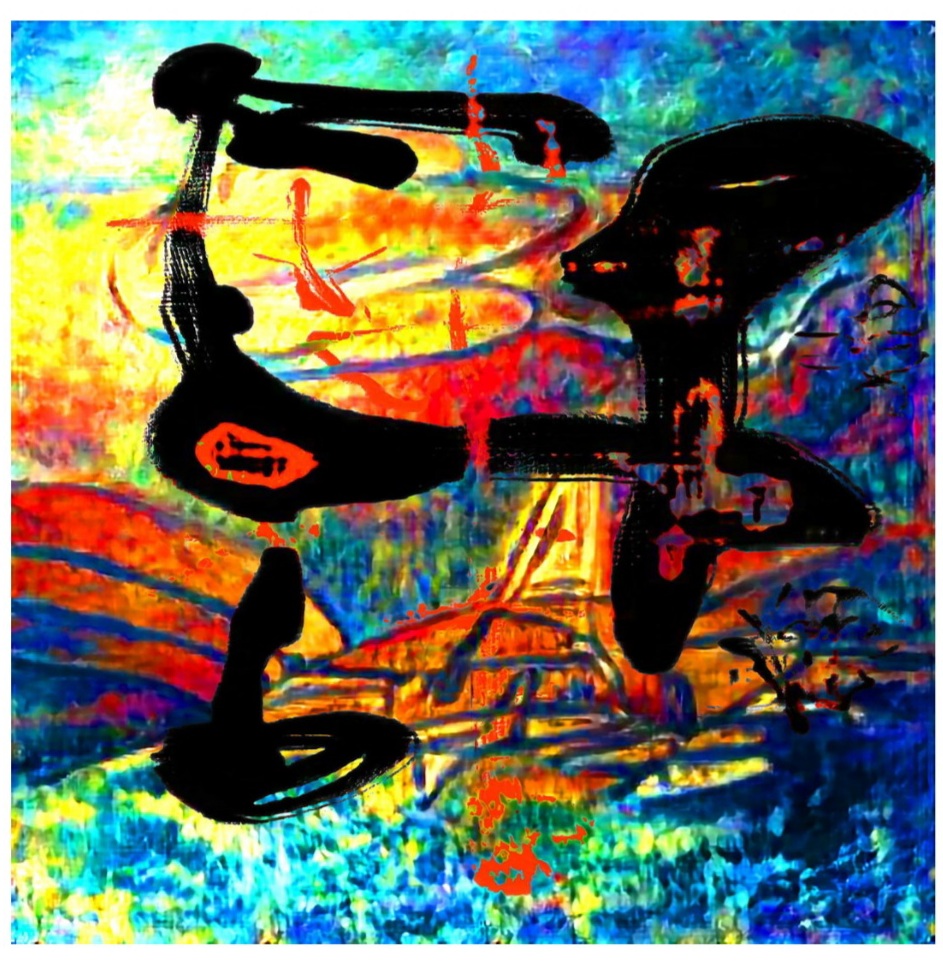 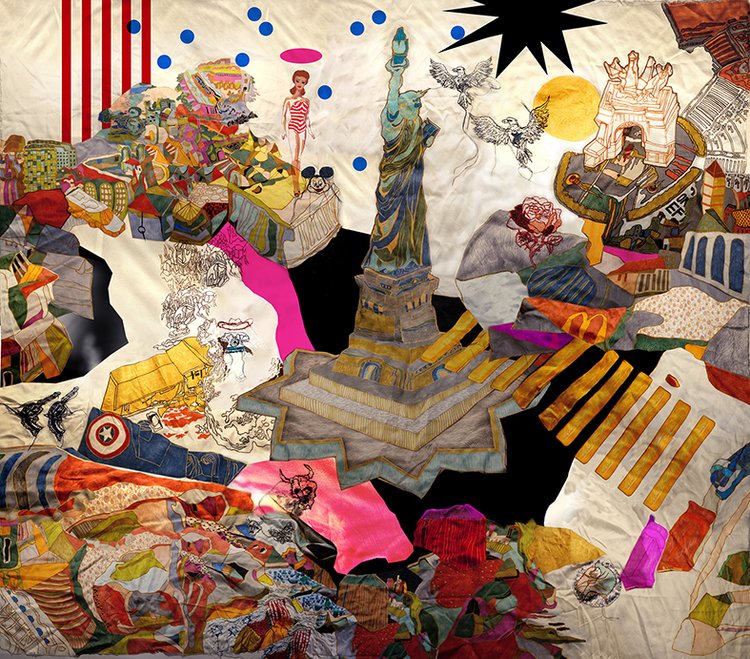 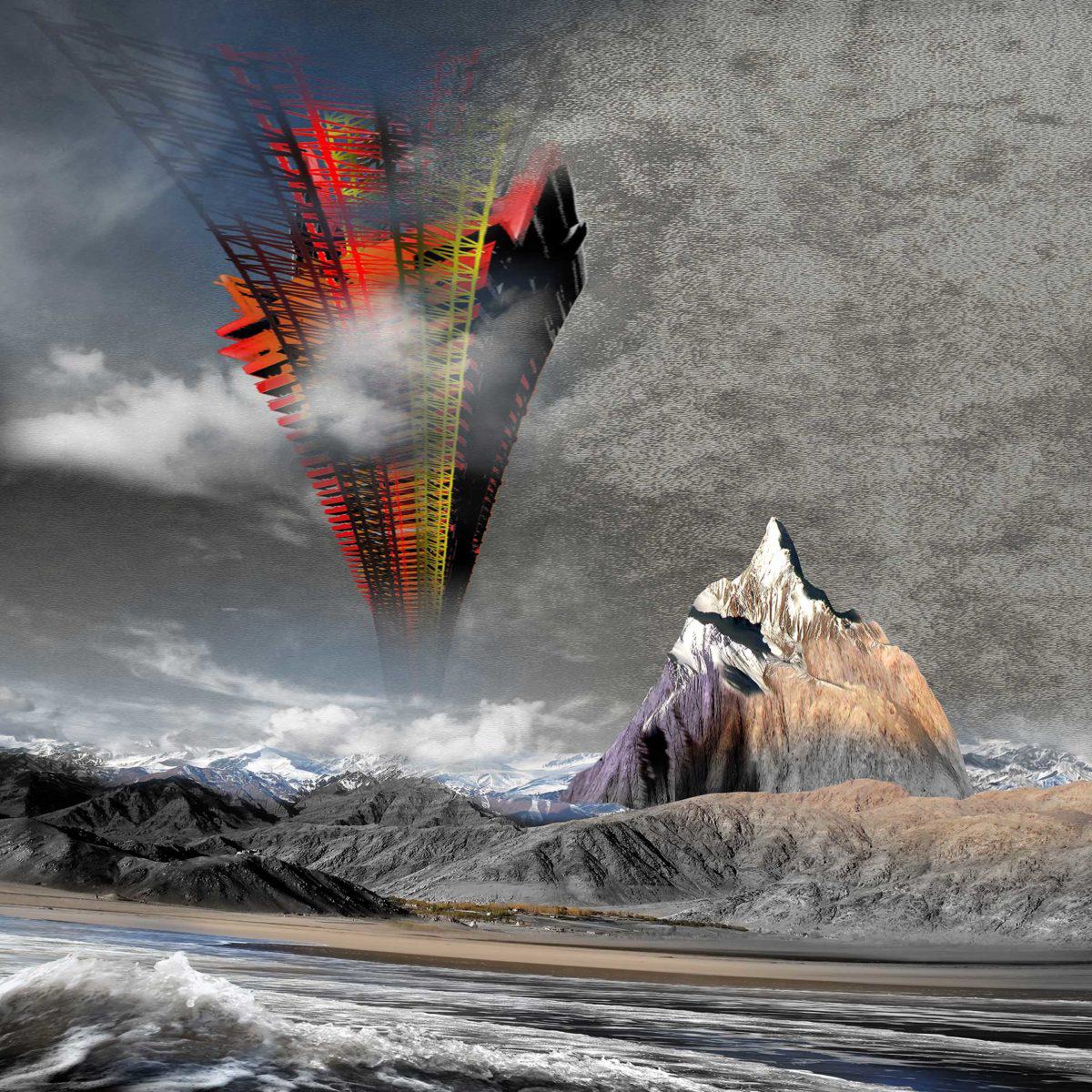 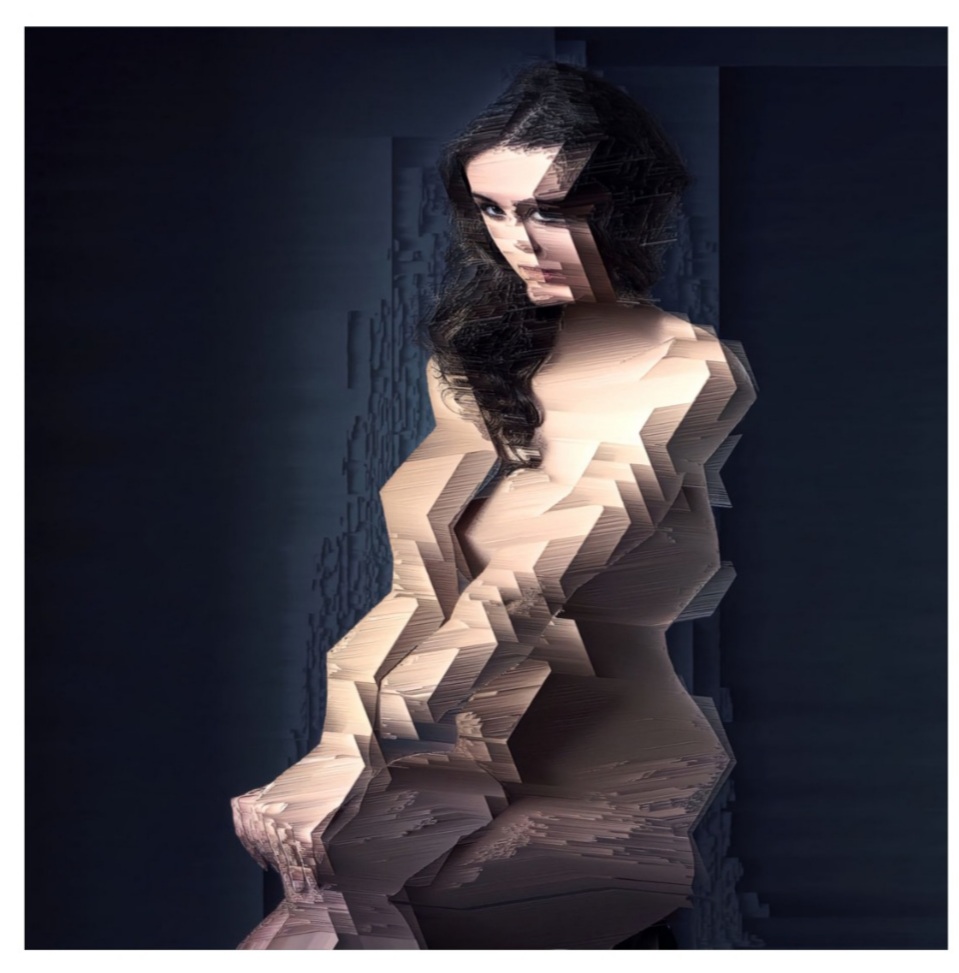 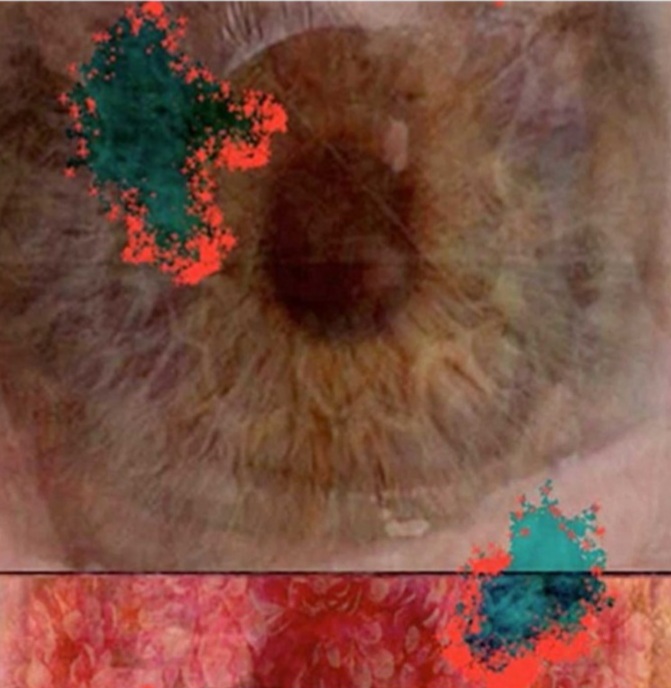 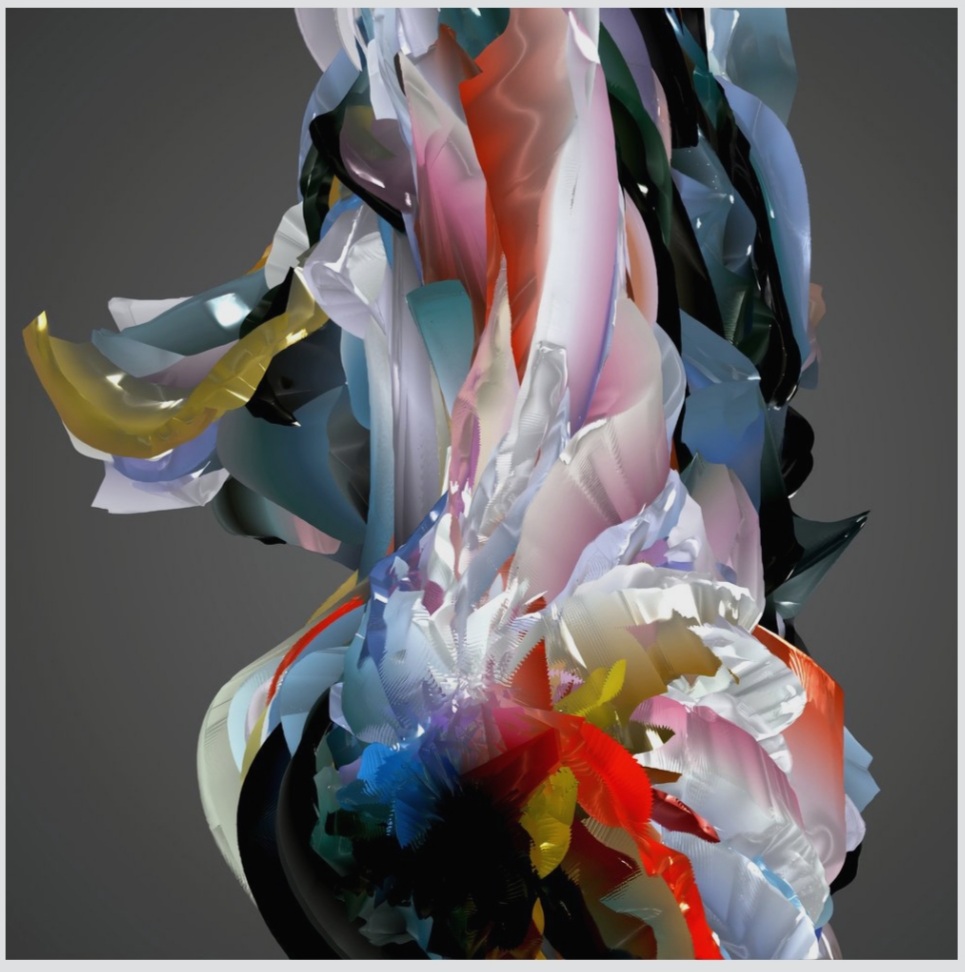 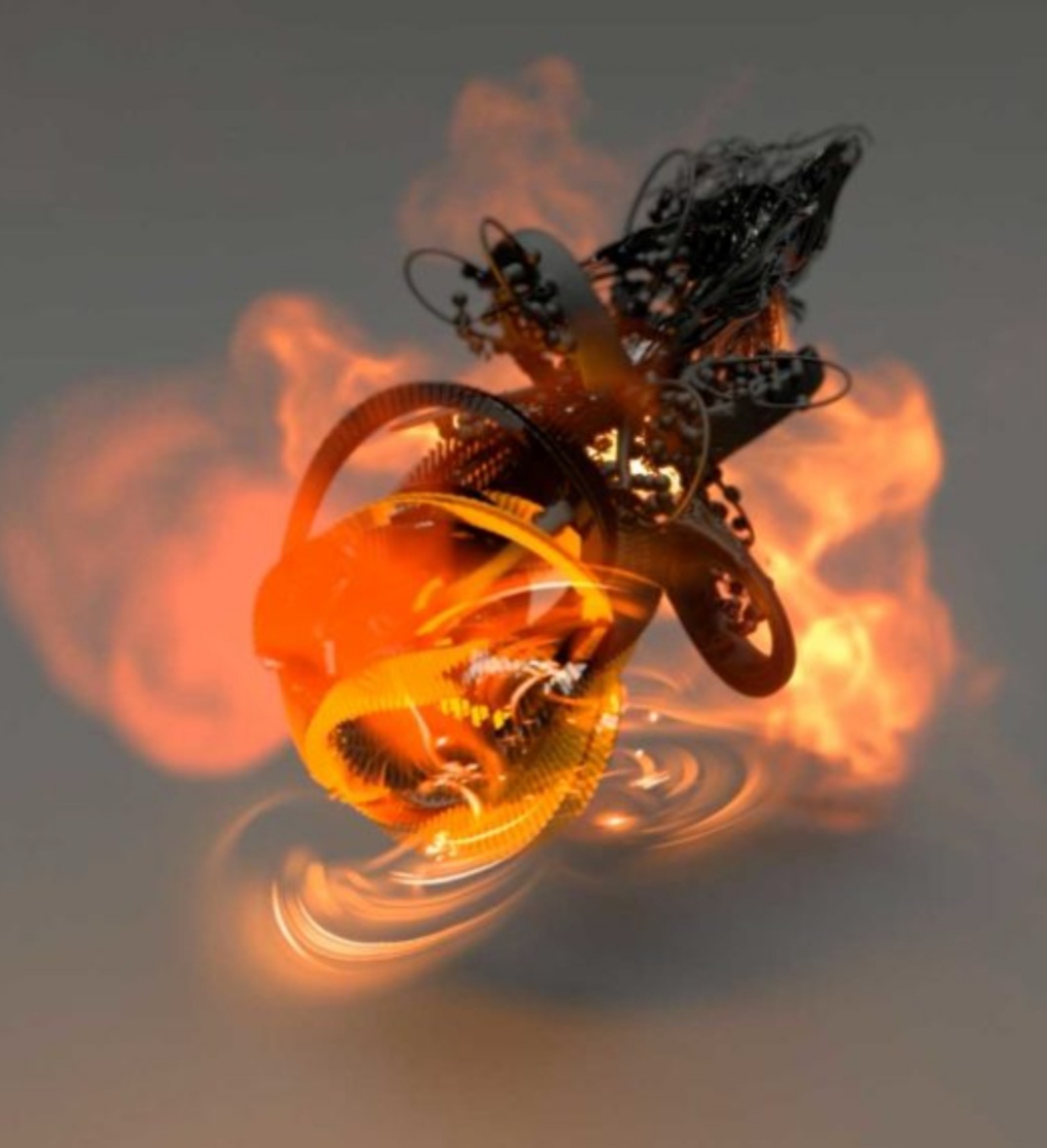 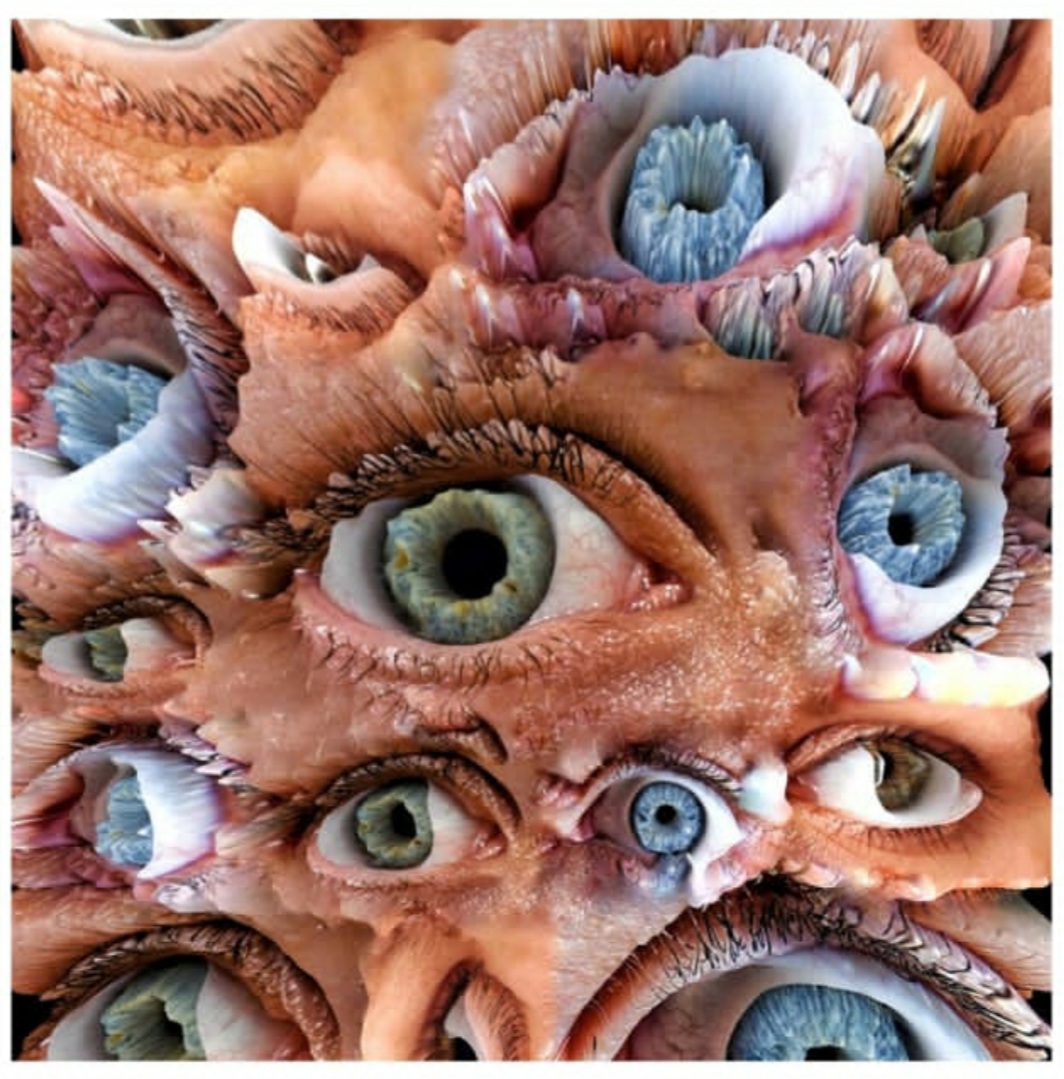 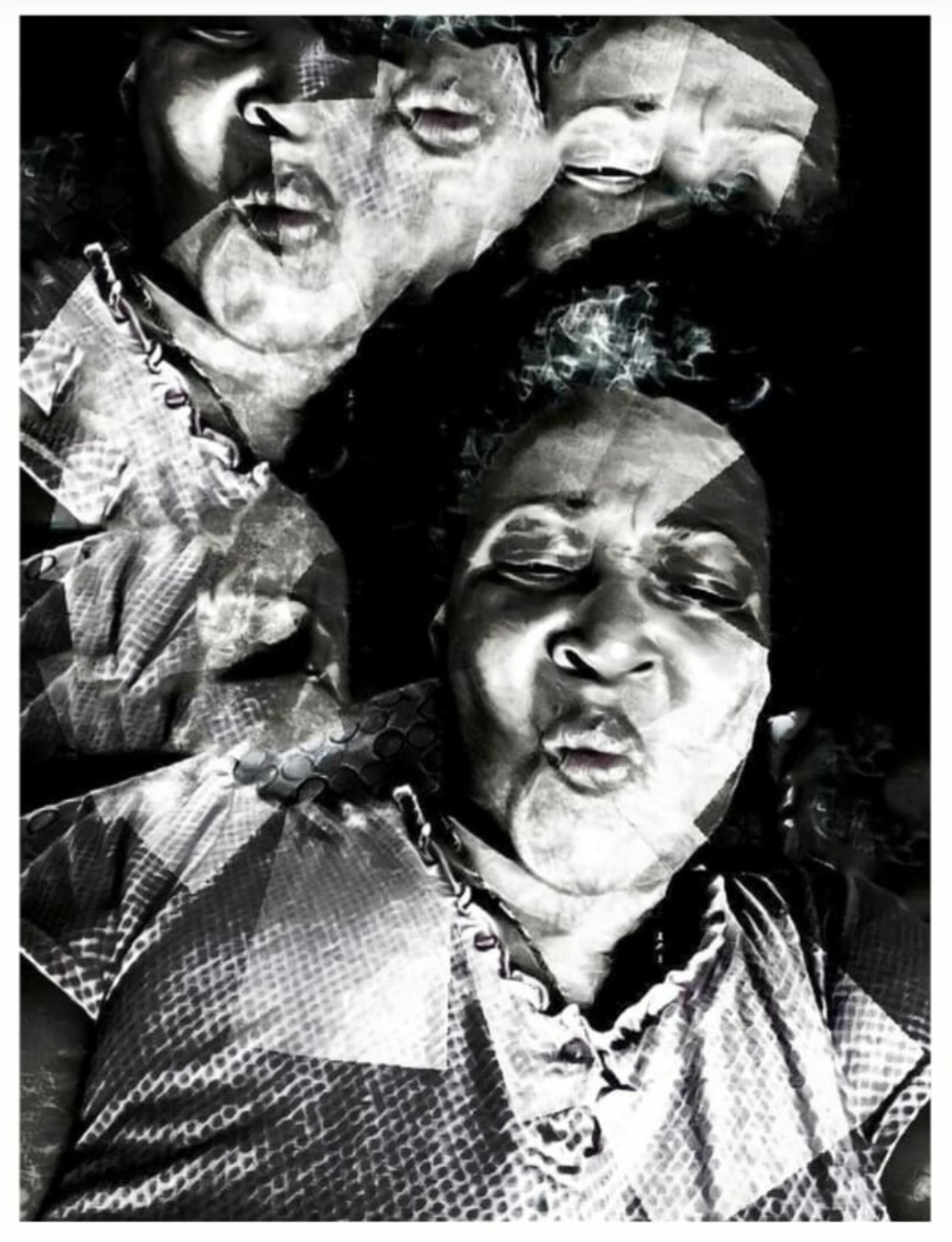