Sanjay Ashtaputre, the renowned and a versatile artist from Hyderabad says:

“For me the canvas is a medium in creating a strong and a lasting  visual impression.   I believe that the physical aspects of a painting should be so attractive and intriguing to the viewers that it should succeed in holding their attention for a while.  Only when this stage is crossed will they be able to get engaged with the work on emotional and philosophical levels.  In terms of the concept of my expressions,  I like to leave my work open for interpretation by the viewers.”

Sanjay Ashtaputre is a Painter, Sculptor, Poet and Sitar player.

A versatile artist in a true sense.

“My history as a comic book illustrator helped me a lot in drawing, composing and figuring balanced color schemes while working on a painting.   I create canvas paintings, exhibit them in different cities – India and abroad.   I spend my time with music and paintings now,”   the renowned artist remembers his long years of association with the Comic books as an illustrator.

Sanjay Ashtaputre studied art from  J.J.School,  Mumbai and worked as a freelancer,  designer and also illustrated many comic books for children in his struggling period.

As an artist and creator he has successfully experimented with a variety of mediums on canvas, paper, clay and metal including  huge murals at public places like airports etc.

His every creation portrays human emotions and aspirations through all his realistic and abstract musings.

“I painted these to let my emotions out.   I had also initially planned on making a series on this subject and created a few works,  but later I stopped working on it as it was too disturbing for me to keep thinking on these lines,”  his famous paintings portraying the horrific  bomb blasts  (exhibited in 2013 at the Bombay Art Society’s annual Show) still reminds us of the horrific event.

“Some artists feel apprehensive about changing their medium or style, being unsure if the artworks will still find takers.  I paint for myself;  my paintings are an expression of my thoughts.   If they do well commercially,  it’s an advantage”,   the accomplished artist and musician says.

Many articles on his life and artworks were published  in all leading newspapers and magazines like Times  of India, The Hindu, Indian Express, Maharashtra Times, Deccan Chronicle.

Sanjay Ashtaputra has received many awards and participated in many exhibitions in India and abroad. 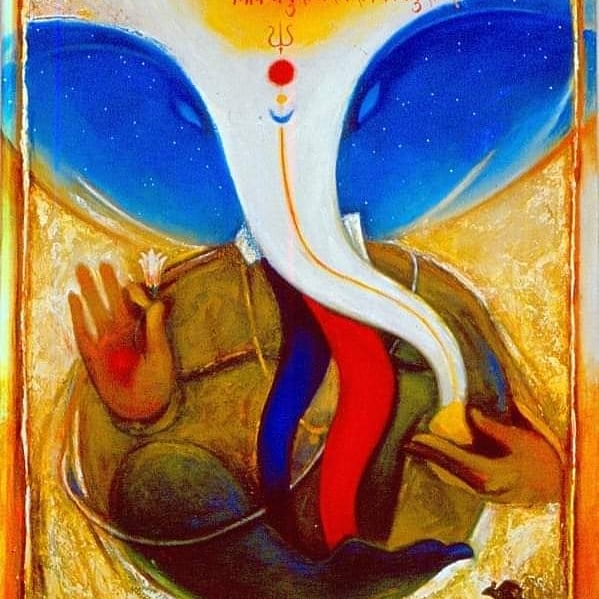 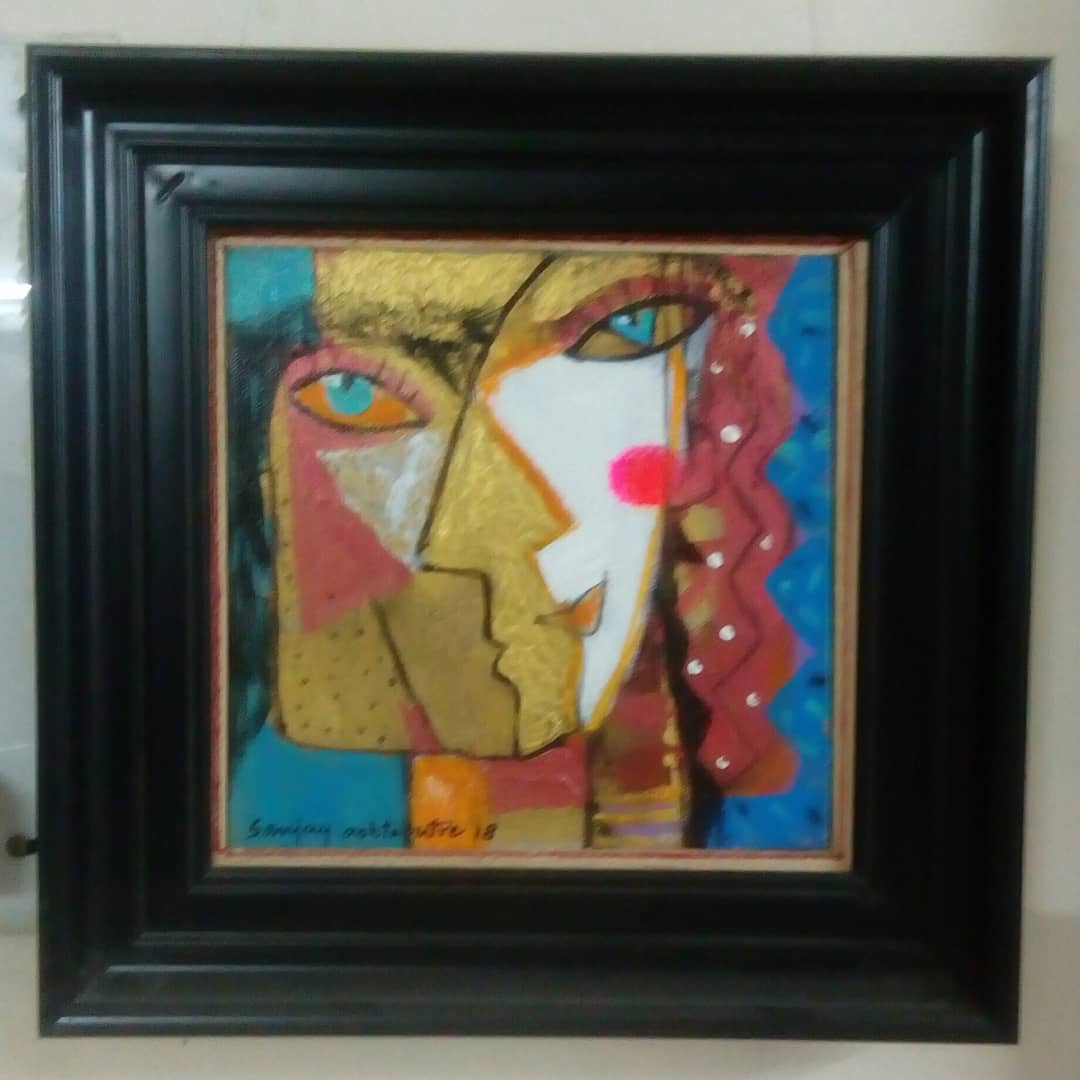 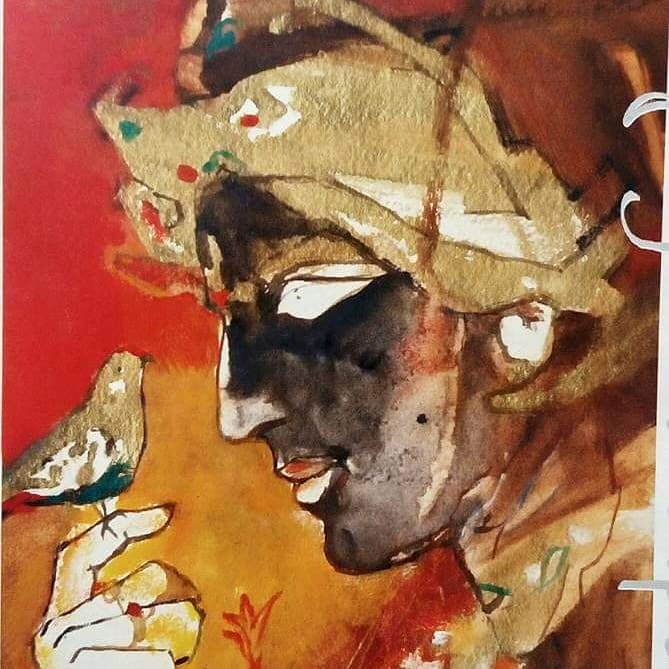 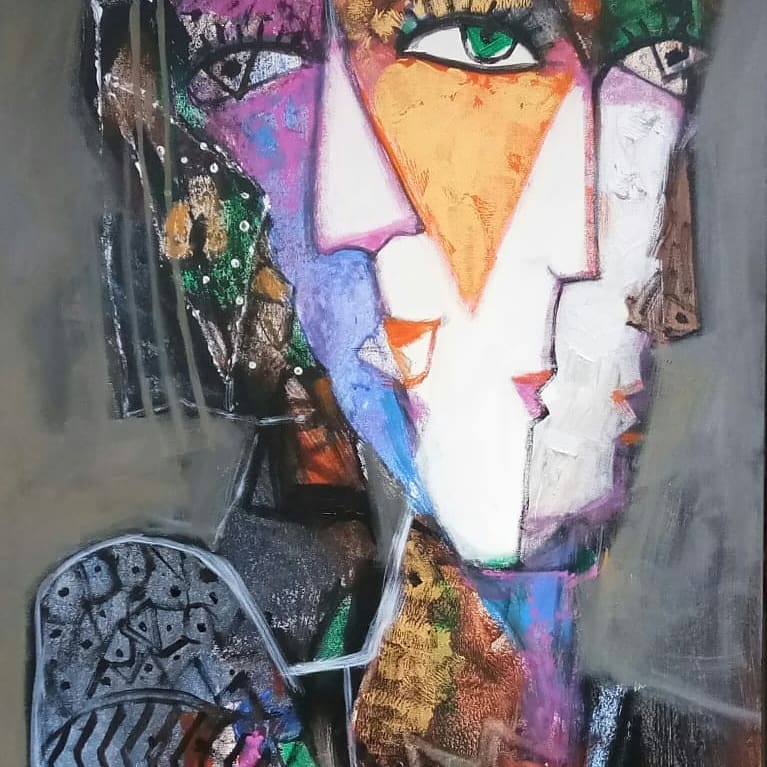 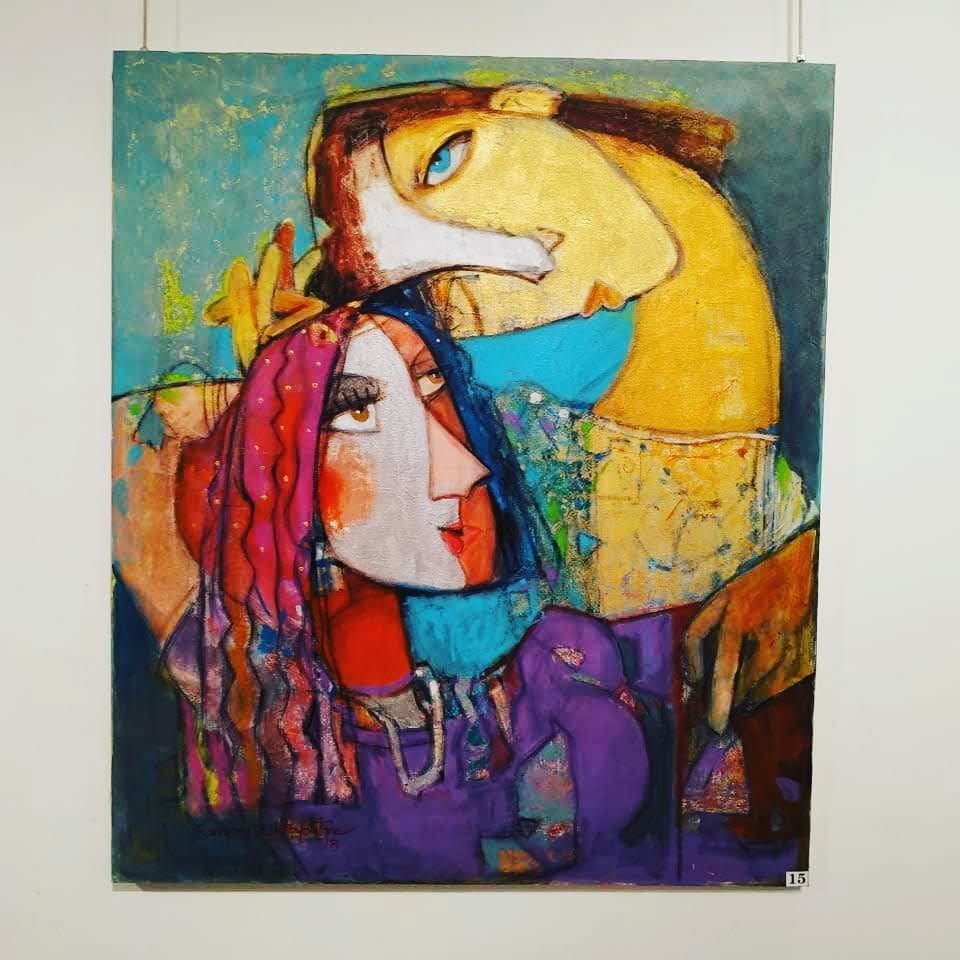 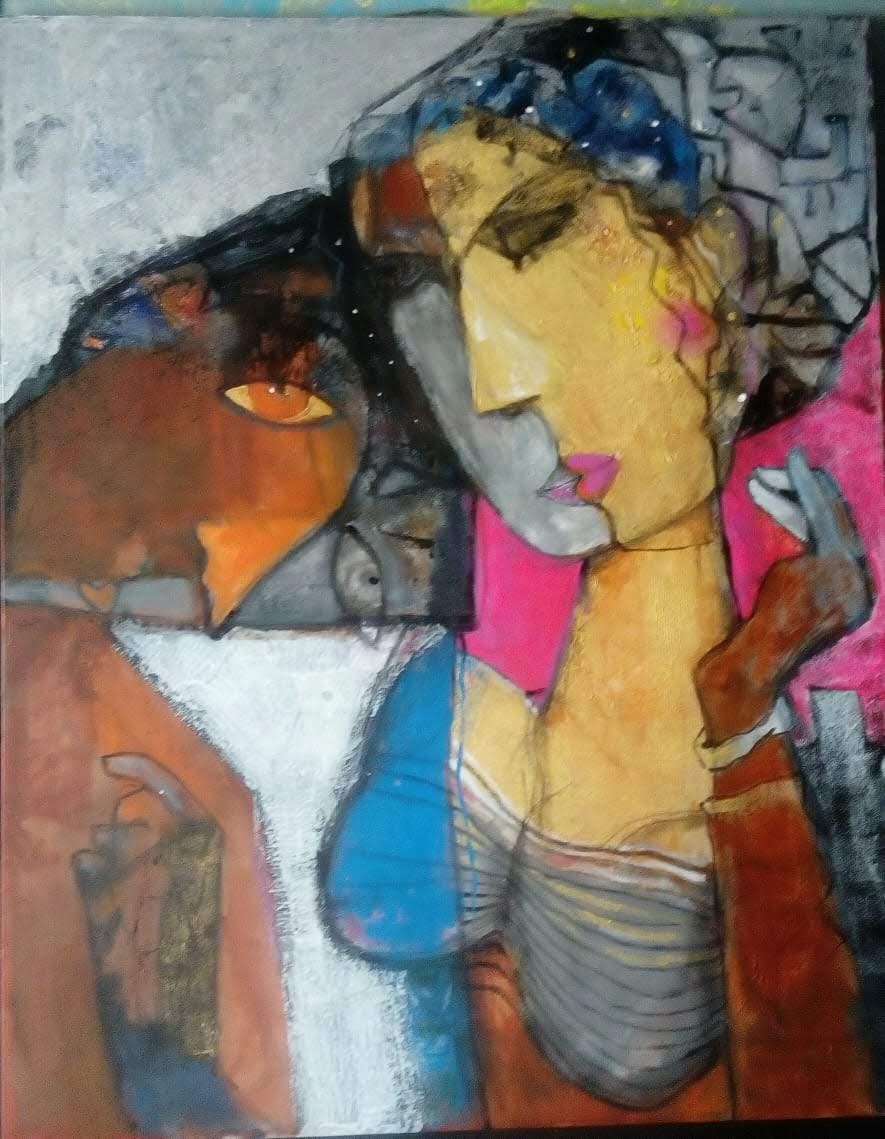 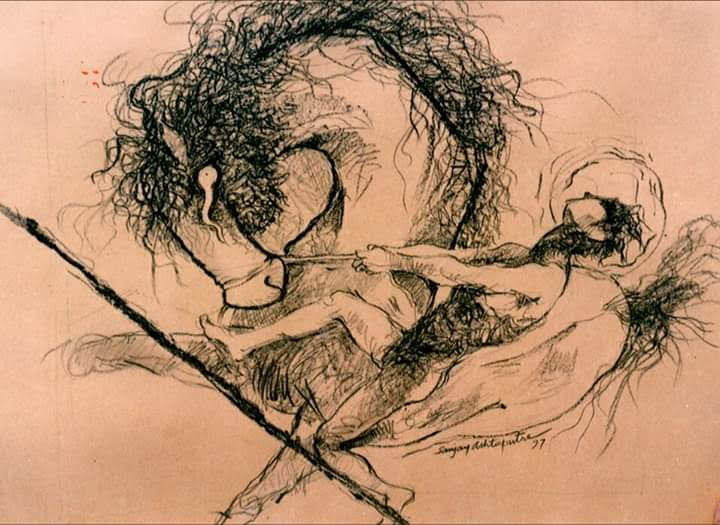 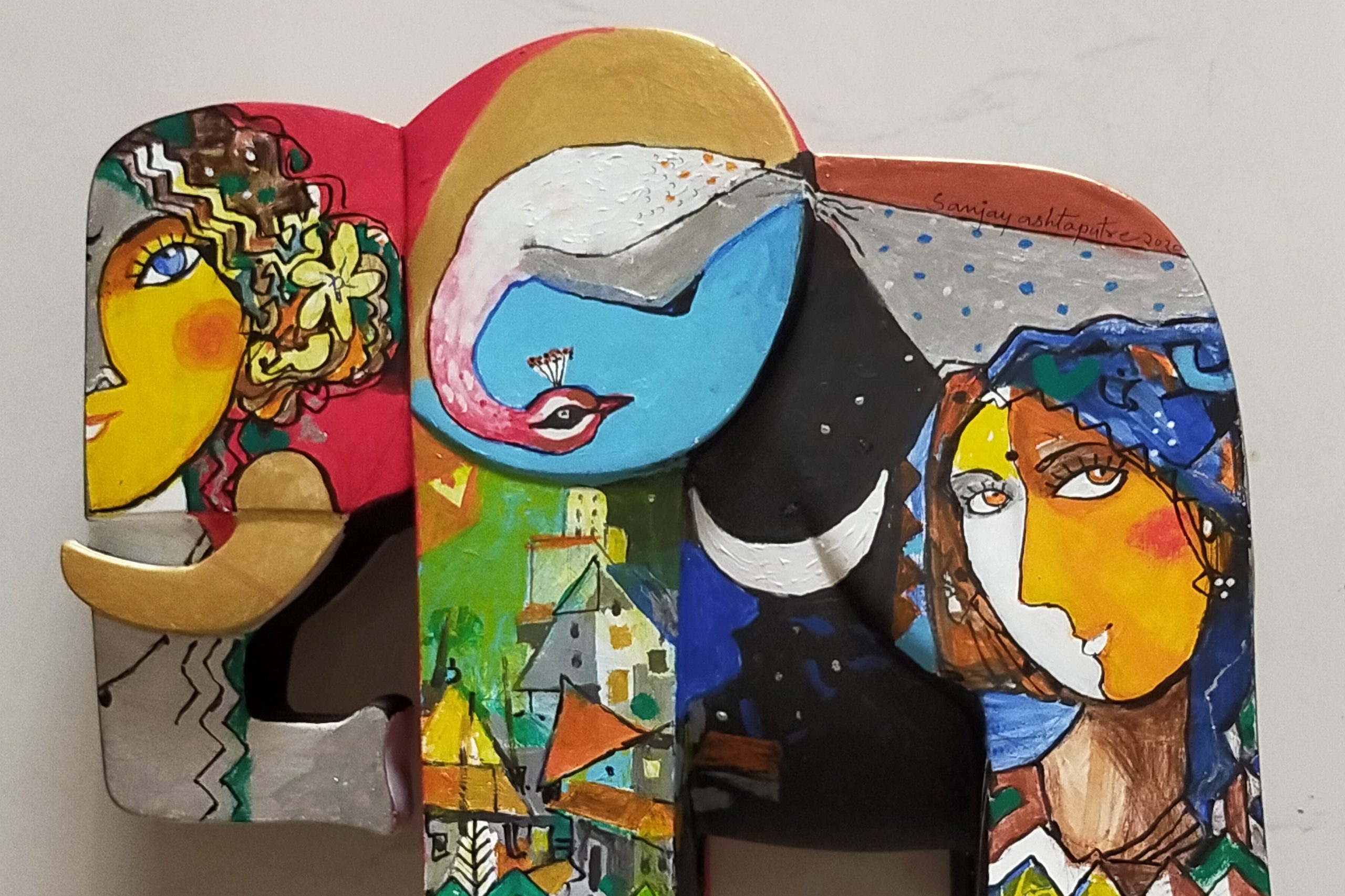 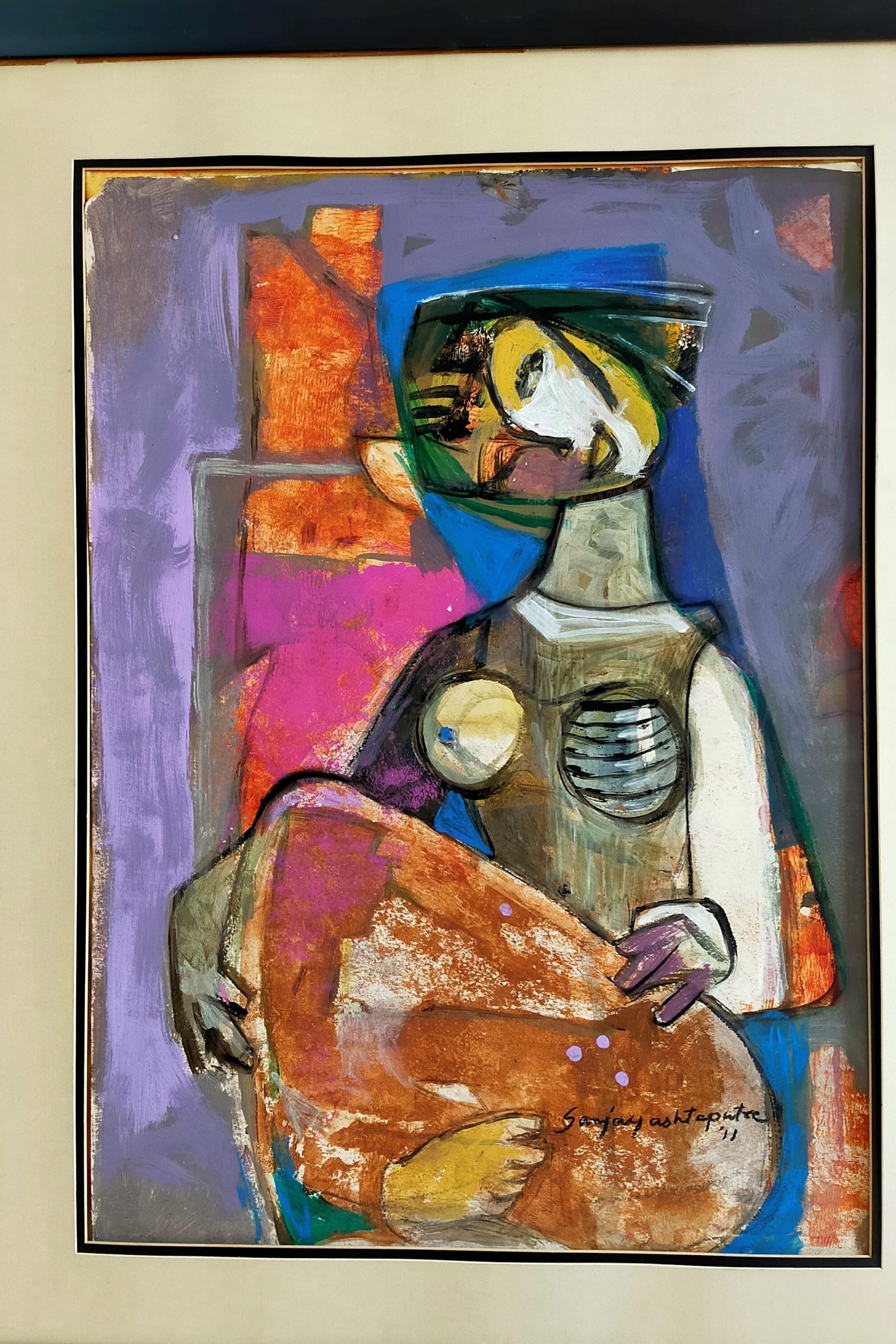 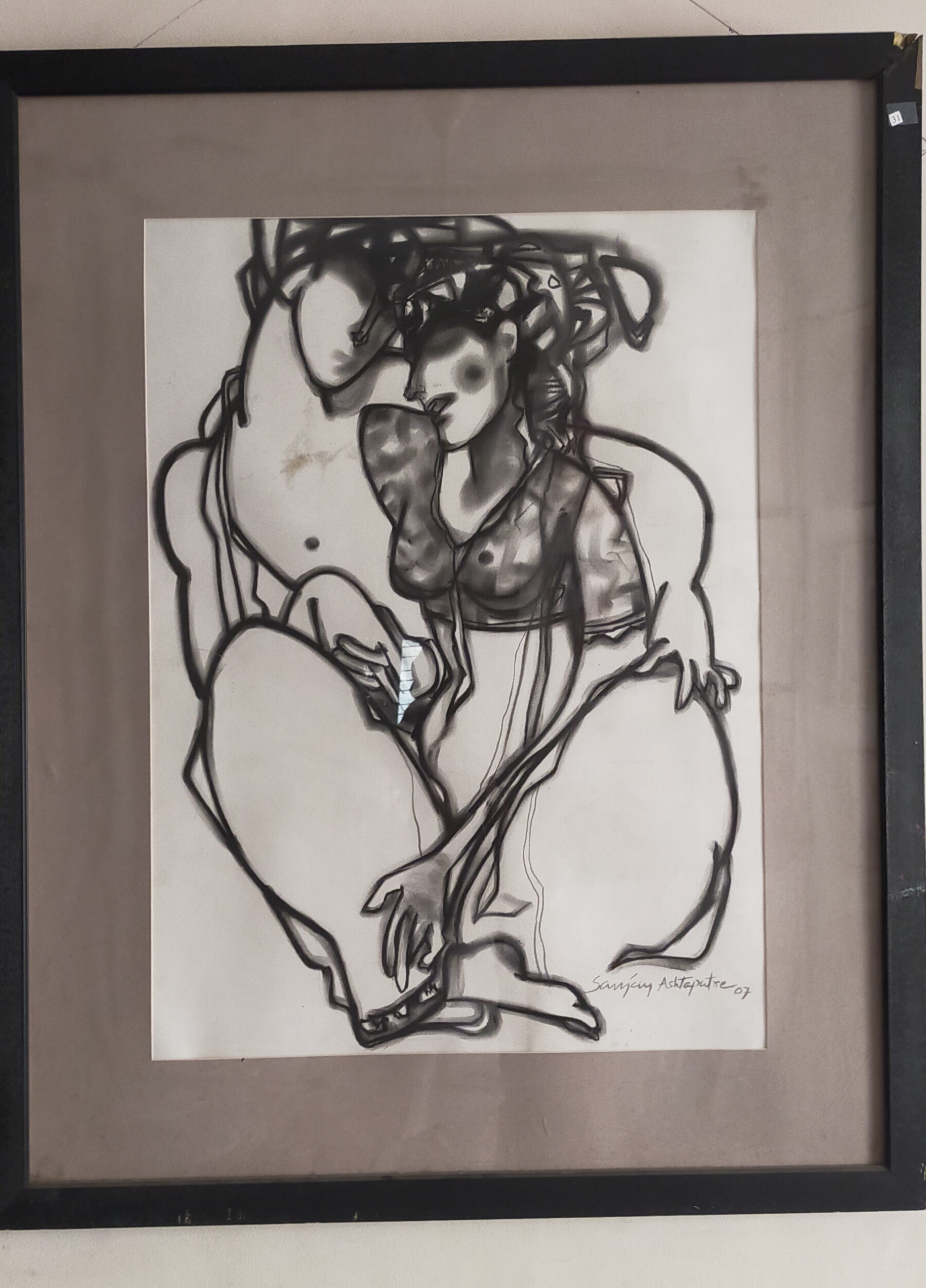 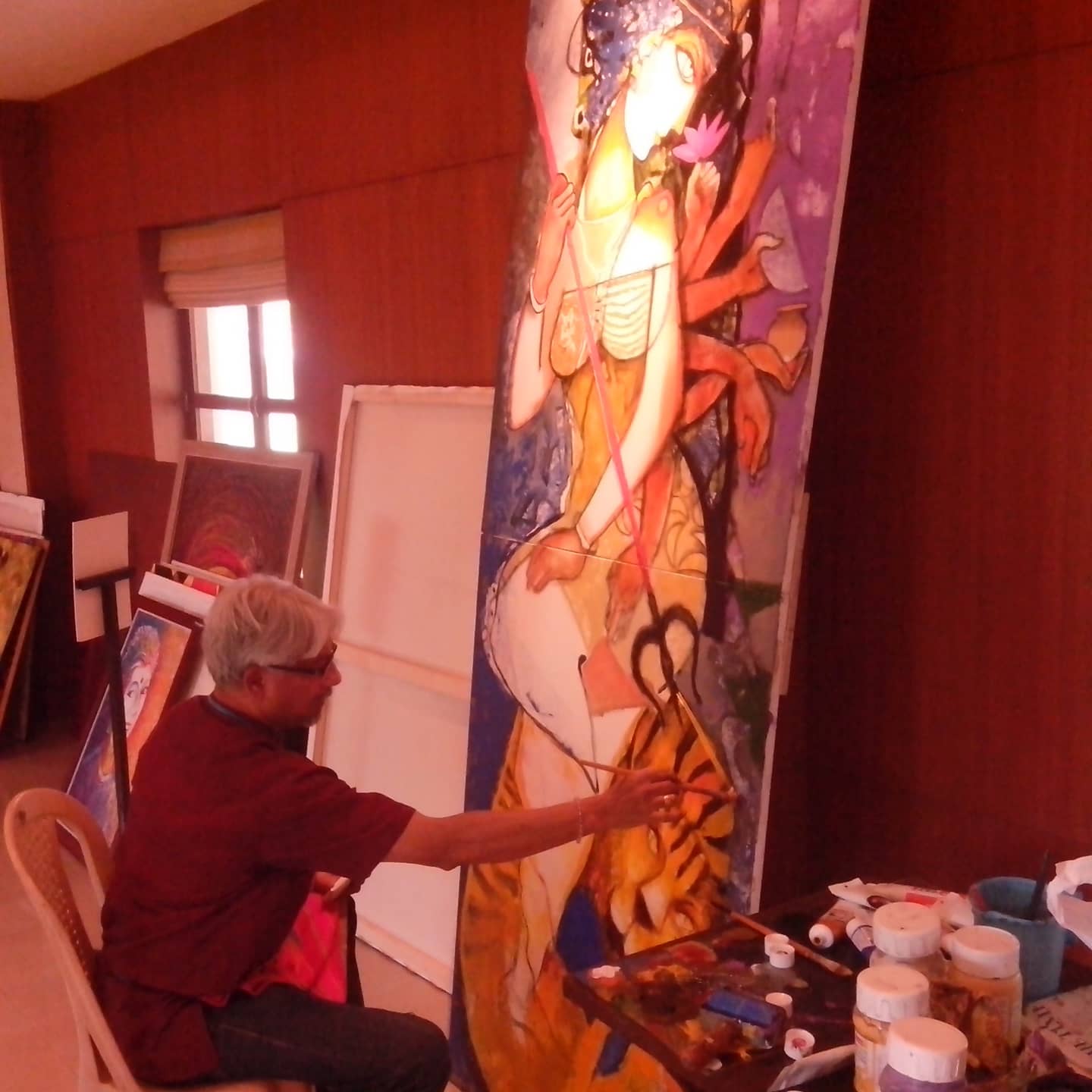 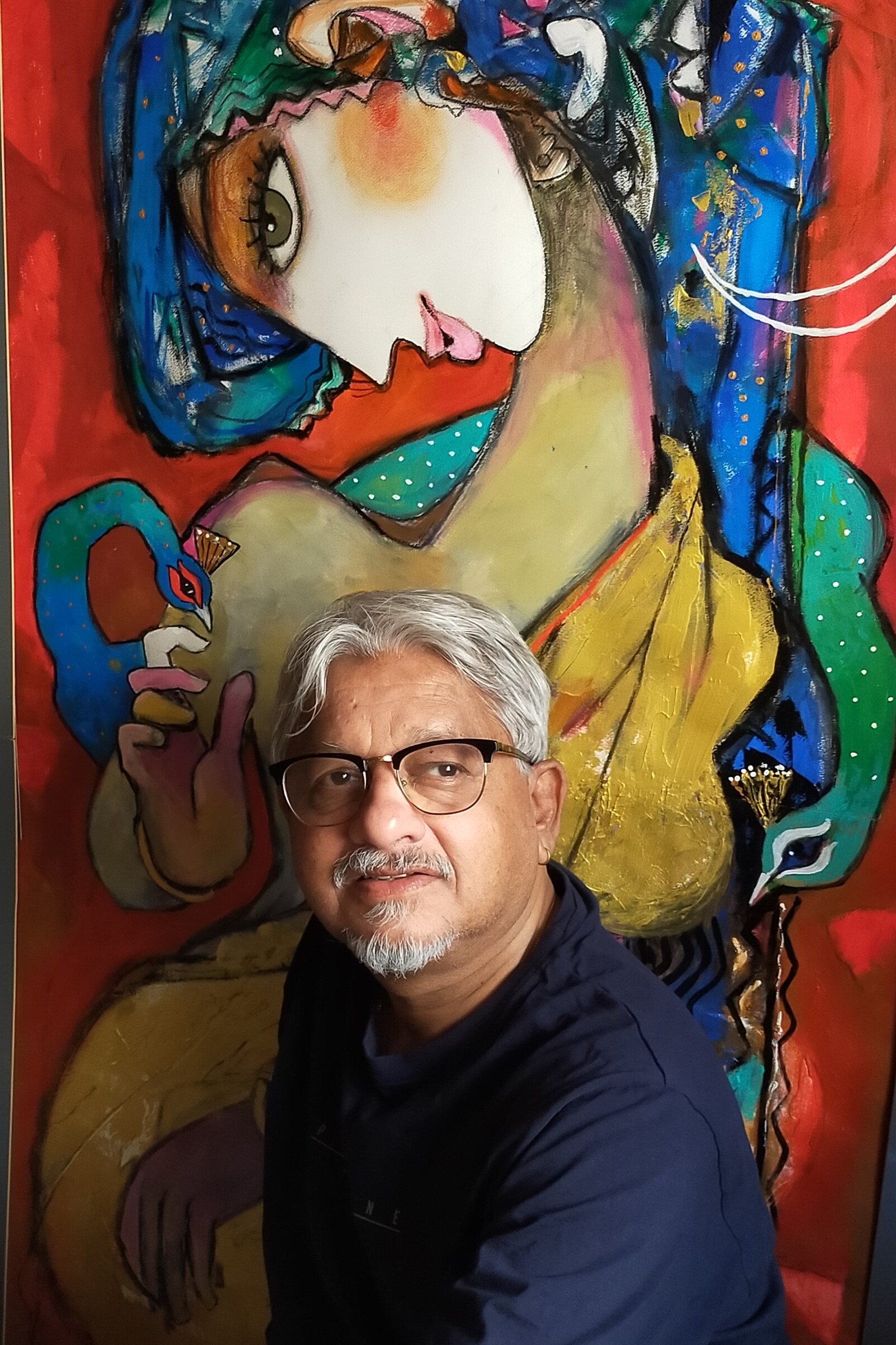 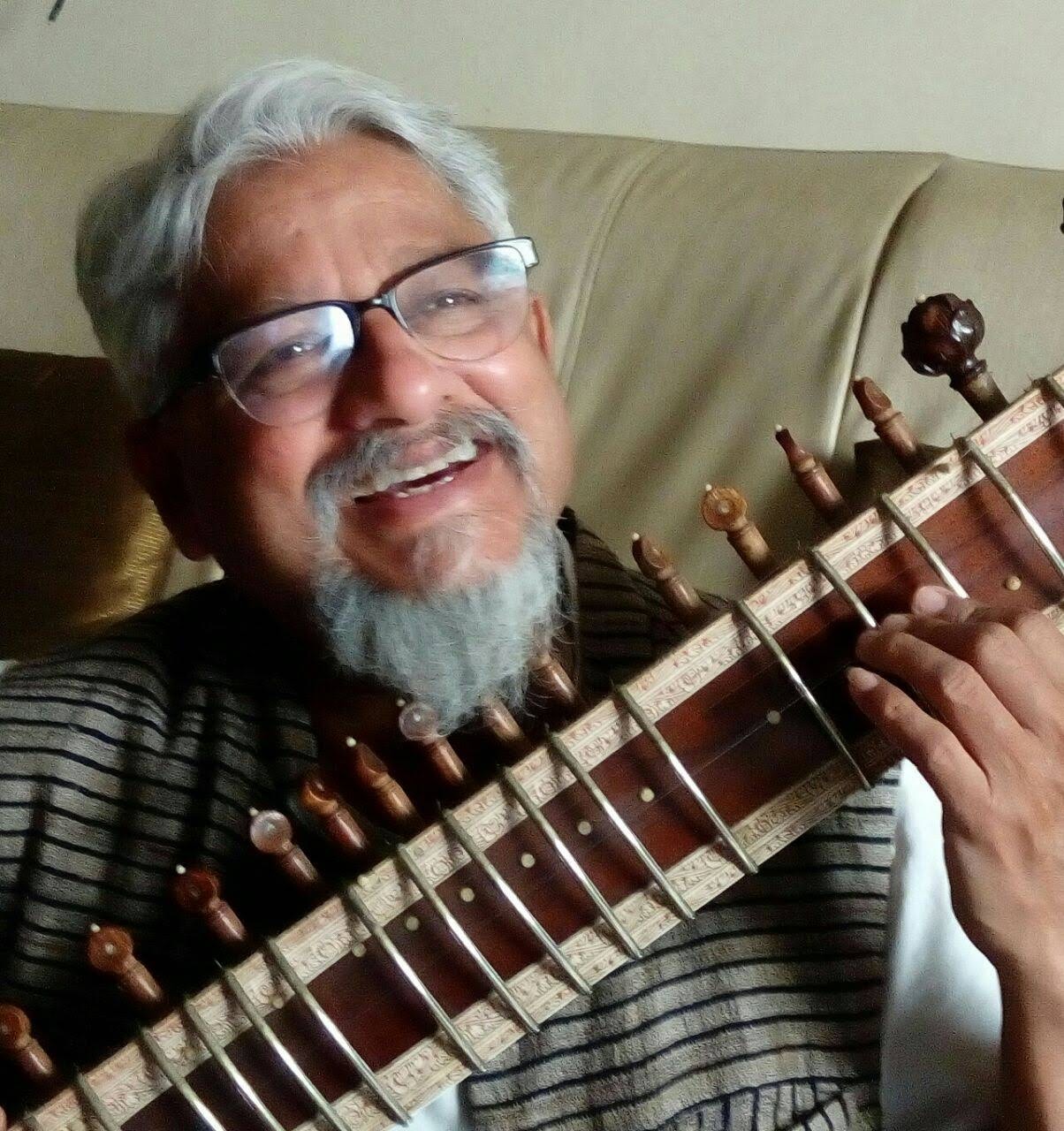