India and European Union agreed to a framework for a strategic co-operation amidst the corona pandemic and the economic crisis.

A high level dialogue will be initiated to strengthen bilateral trade and investment between the nations. Through a virtual platform, Prime Minister Narendra  Modi  said:

“India and EU are natural partners. Our partnership is important for global peace and stability, and this reality is clearer given the situation around the world”

The joint declaration  would be a road map for the strategic partnership for another five years  period.  ‘The make in India’ programmes and the launch of ‘Atmanirbhar India’ initiated during the crisis of covid-19 pandemic were seen as some of the protectionist stands as believed by the European Union. The  EU is India’s largest trade partner and investor and records 11% of India’s global trade. India’s exports to the EU are largely in sectors of engineering goods, pharmaceuticals, gems and jewellery and other manufactured goods.

The joint statement of 1993 and the Co-operative Agreement of 1994 were the early bilateral partnership between India and EU. In 2004 a strategic partnership was signed and a joint action plan was initiated to launch the India- EU summits there by working on a Broad based Trade and Investment Agreement (BTIA). Even after a series of discussions India and EU partnership has been underperforming and could not materialise as expected. Bilateral dialogue and co-operation on issues like energy, climate change, human rights, connectivity, terrorism, peace and maritime security are to be taken seriously.

The goals of European Union

During the time of formation of European Union it has been clearly mentioned that the goals and values are to be upheld by the member states. Among the goals, promoting peace stands on top and freedom, security and justice are some of the values to be followed by the 27 member states in the Union. Human rights were protected by the EU Charter of Fundamental Rights which includes freedom from discrimination on the basis of sex, racial or ethnic origin, religion or belief, disability, age or sexual orientation. Human dignity, Freedom, democracy, equality and rule of law were the foundations on which various treaties were formed by the member states. After the Second World War steps were taken to strengthen economic co-operation and thereby many treaties were formed.

In 1958, European Economic Community (EEC) was formed among Belgium, Germany, France, Italy, Luxembourg and Netherlands by signing the historical treaty of Rome.  Another pact namely European Atomic Energy Community (Euratom)  was also signed for co-operation in developing nuclear energy and to integrate sectors in nuclear energy among nations. In 1973, Denmark and Greenland joined but later left the communities in 1985 following some disputes. In 1985, the Schengen Agreement made open the borders and citizens moved along without passport.  In 1986, the EU Flag was used and later after the fall of the Eastern Bloc, the former East Germany became part of the EU as reunified Germany. On 1 November, 1993 European Union was formally established as per the Maastricht Treaty joining several states including former communist states of Central and Eastern Europe.

The EU helped to build peace, prosperity and stability and launched the common currency euro. In 2002, euro currencies replaced the national currencies and became the second largest reserve currency in the world.

The UK left the Union on 31 January, 2020 after a series of political crises in that country.

The European Union’s main strength and spirit was the vast single market and enables the services and goods freely move without any border check and controls. More over the institutions in the EU were more democratic and more powers have been given to the European Parliament while the national Parliament working along the institutions to a great extent.

The Nobel Peace Prize was awarded in 2012 for advancing the causes of peace, reconciliation, democracy and human rights in Europe.

After the referendum conducted in June 2016 in which 52 per cent voted to leave the European Union, British Parliament formally announced to leave the EU in March, 2017. The general election of June, 2017 resulted in a hung parliament led to the extensions of the decision to leave the EU.  On 14 March, 2017 British Parliament authorised then Prime Minister, Theresa May to delay Brexit. Theresa May resigned as she failed to get approval from the EU and was succeeded by Borris  Johnson. After a series of political crises on the issue of Brexit, an early general election was held on 12 December, 2020. Later Borris Johnson declared Brexit which was ratified by the Parliament and decided to enforce the agreement to leave the EU on 31 January, 2020. 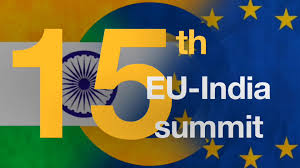