The first bilateral virtual Summit meeting between India and Uzbekistan was held on 11 December, 2020.

The visits of the Prime Minister to Uzbekistan in 2015 and 2016 and President Mirziyoyev to India in 2018 and 2019 have resulted in a new strategic partnership between the two nations.

A joint statement was issued after the summit and agreed to work towards the Bilateral Investment Treaty for the promotion of trade and economic cooperation between the two nations.

India extended USD 448 million for developmental projects in Uzbekistan in the field of construction, sewage treatment and Information Technology.

Agreed to cooperate in addressing threats to national and regional security and will strengthen law enforcing agencies and special services of two countries including strengthening of Joint Working Group on Counter-Terrorism. A Comprehensive Convention on International Terrorism will be called for to combat the menace of terrorism in all forms.

Uzbekistan reaffirmed its support to India’s candidature for membership of the UN Security Council.

The Republic of Uzbekistan is a country in Central Asia surrounded by Kazakhstan, Kyrgyzstan, Tajikistan and Afghanistan.

Uzbekistan has a diverse cultural heritage and after the dissolution of the Soviet Union, it declared independence on 31 August 1991.

Due to the power generation facilities of the Soviet era and ample supply of natural gas, Uzbekistan has become the largest producer of electricity in Central Asia. 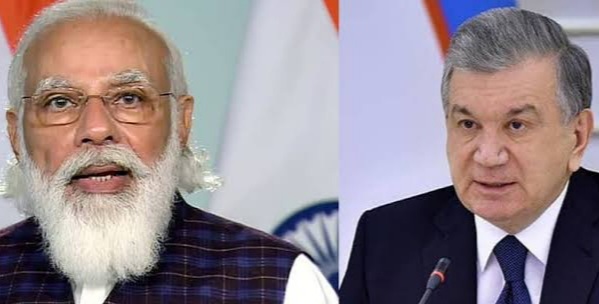