HEAVY RAINS AND FLOODS IN GERMANY

HEAVY RAINS AND FLOODS IN GERMANY

In Germany, heavy rains and floods killed at least 165 people and left many missing as on 17 July 2021.

Germany is facing one of the worst weather disasters in history.

“I am shocked by the catastrophe that so many people in the flood areas have to endure. My sympathy goes out to the families of the dead and missing”, Angela Merkel, German Chancellor responded.

Many districts were cut off from the outside world and several people were feared dead in the landslide in the north part of Germany.

Police, Army and Emergency Service workers are engaged in search and rescue operations.

Scientists have repeatedly warned that human induced climate change would cause extreme rainfall and flood in many regions.

In India, heavy rains caused water logging and floods in many parts including Maharashtra, Karnataka and Kerala. At least 31 persons lost their lives in Mumbai due to landslips, house collapse and electrocution in heavy incessant rain.

During the first week of July, Japanese coastal city of Atami witnessed heavy rain and landslides in the residential areas and reported loss of lives and destruction.

Extreme heat wave situations are prevailing in most parts of the north west US and Canada now.

The UN Secretary General called all countries ‘ to do more to avoid a climate catastrophe linked to rising emissions and temperatures’. 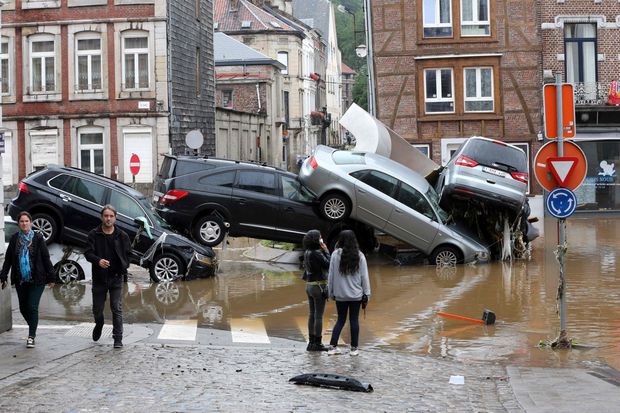