Several amendments have been incorporated to the EIA Notification, 2006 from time to time for the implementation of the directions of the various Courts and National Green Tribunal. The National Green Tribunal held in a separate case that the Ministry shall strengthen the monitoring mechanism for compliance of conditions of Prior Environment Clearance.

There are three categories in the EIA Notification of 2006 of which an elaborate list of projects requiring prior environment clearance or permission should be taken.  Category A, B1 and B2 are specifically mentioned in columns 3 to 5 of the Schedule attached to the Draft Notification against different projects starting from the mining of minerals, Thermal Power projects, River valley Projects, Irrigation Projects etc.,  listing all 43 different projects. Usually all big projects with more than 100 hectare mining lease area comes under Category A,  area between 5 hectares and l00 hectares in Category B1 and those areas of mining lease area which are less than or equal to 5 hectares are in Category B2. The different Appraisal Committee to which projects are to be considered has been mentioned in the Schedule elaborately.

The Category A Projects are appraised in national level, Category that are under state levels are further put as categories B1 and B2.

Category B1 requires a mandatory clearance and B2 doesn’t need a clearance and shall not be placed before Appraisal Committee except for the building construction and area development Projects having build-up area more than 50,000sq.mtrs and less than or equal to 1,50,000sq.metrs.

In the new draft Notification, coal, non-coal mineral prospecting and solar photovoltaic projects do not need any prior approval or clearance.

Other projects that were exempted from any requirements are:

Hydroelectric projects up to 25 MW

Irrigation projects between 22,000 and 10,000 hectares of command area

Expansion or widening of Highways between 25 Km and 100 Km

Recently a group of experts of the United Nations has expressed concern over the provisions of the Environment Impact Assessment (EIA) Notification 2020 and how the notifications are consonant with India’s obligations under international law.

The experts of the United Nations Human Rights Council feared that the proposed notifications may obstruct the people’s right to a safe, clean and healthy environment.

Many large industries and projects were exempted from public consultation as part of the EIA process and the experts of the UN are of the view that the exemptions were unwarranted, particularly when there were serious environmental threats like leakages of gases occurring in some of the chemical industries in the country.

However the proposed EIA Notification 2020 was issued for public consultation and still in a draft form and many environmentalists and experts are waiting for the new Notification.

The  Notification shall come into force only after the publication of the final notification in the Official Gazette. 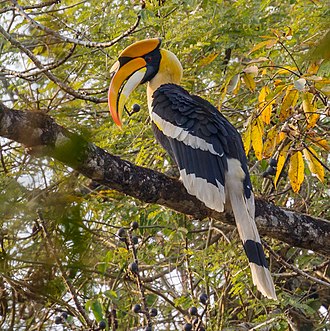