“It was on the last day of the year.  I found the bird on New Year’s  eve,  lying on the road.  Perhaps he had fallen out of a cage in a truck that was moving ahead of my scooter,  on its way to some slaughter house.  I took it home and named it Koku, a shortened form of   ‘kozhi kunju’.   He was part of my family for six months. He loved silence…..,”  E.H. Pushkin, the renowned artist from Thiruvananthapuram says that he is very compassionate and some of his works like “The Allegory of Saint Koku” became an abstract imagery reflecting the blend of man and nature in his works.

“The Allegory of Saint Koku” was displayed among other works at the Lalithakala Akademy Art Gallery, Thiruvananthapuram in November 2019

“Demolished nuclear warhead” worked in wood carrying a strong message against nuclear weapons was displayed in many Exhibitions .

“It was drawn to highlight a sense of anxiety and tensions pervading in the current society”, says the artist on his recently portrayed abstract series “Sign Here”.

E. M Pushkin’s latest paintings, “An artist’s heart in an art gallery”, “The bleeding Coffee mug”, “Man running toward the most beautiful work of art ever created”, “An extreme lonesome space for the reader” and “Future mode of preserving your identity” are presented here.

“Future concept of an art gallery for every human being”, ”Loneliest being in the world”, “Young man crossing a picture of an enormous  tree bathed in moonlight”, “Future concept of a theater for every actor”, “An extreme concept waiting for aircraft”, “Interior of a home in nightfall” and “A single line, drawn by an artist terribly intertwined between two exits” are unique abstract works done during the pandemic days.

He has exhibited paintings in many countries including Europe, USA, Latin America, Switzerland, Beijing, Bangkok, Taipei and Mauritius.

His creative posters on the conservation of nature were exhibited in Saudi Arabia and at the World Conservation Congress in Canada and Jordan.

“Pushkin used different objects and materials to make his own visual language in his creative works which is contextual.  I really appreciate his great spirit and versatile approach to his works of art…  E.H. Pushkin is a versatile artist who made a new vocabulary in the field of Visual Arts.  I have seen his works at the ” Lokame Tharavadu ” show at Alappuzha and Birla Academy of Art and Culture, Kolkata,” says the renowned artist Suresh K Nair, Professor of Art, Faculty of Visual Arts, Banaras Hindu University, Varanasi. 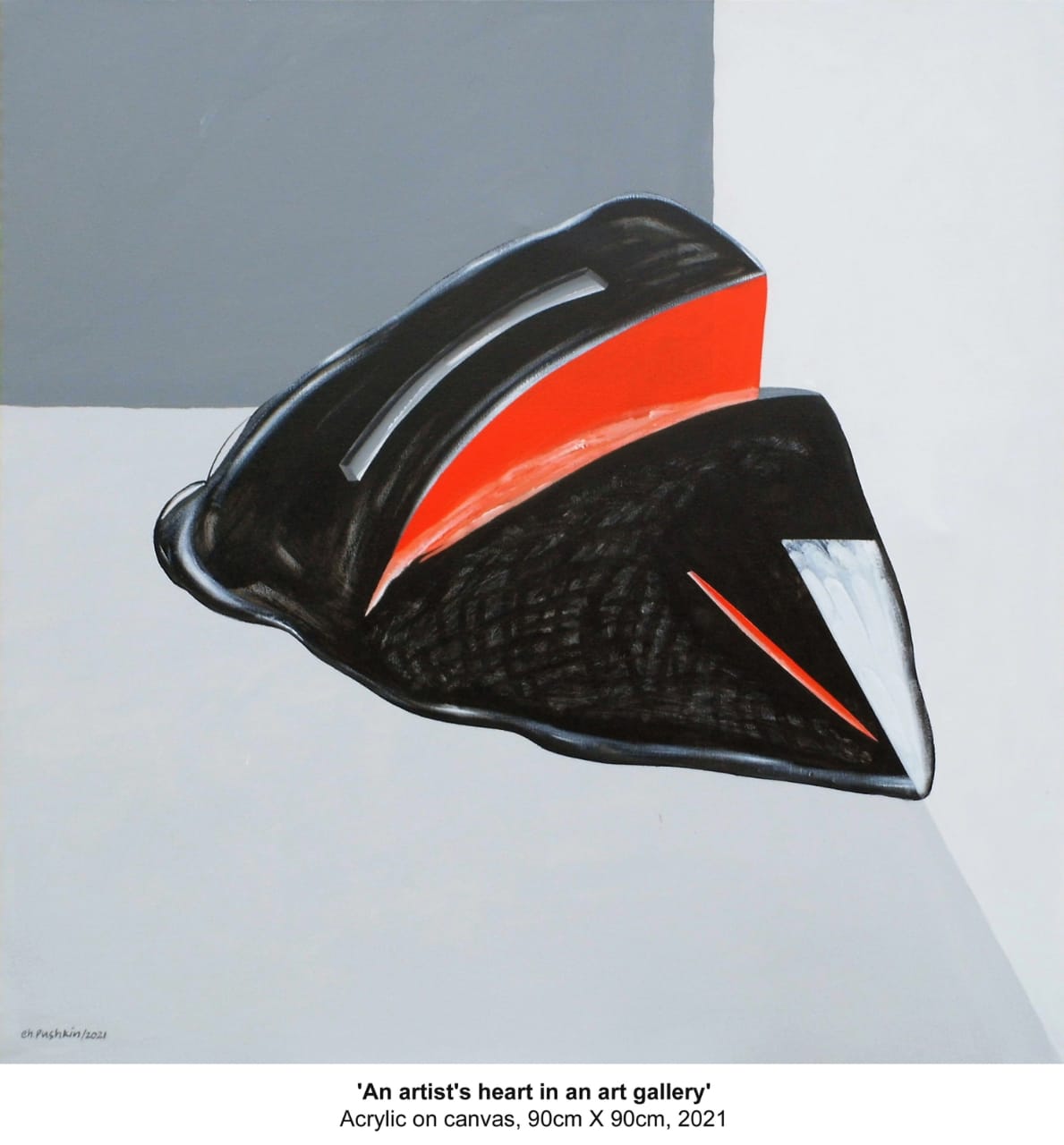 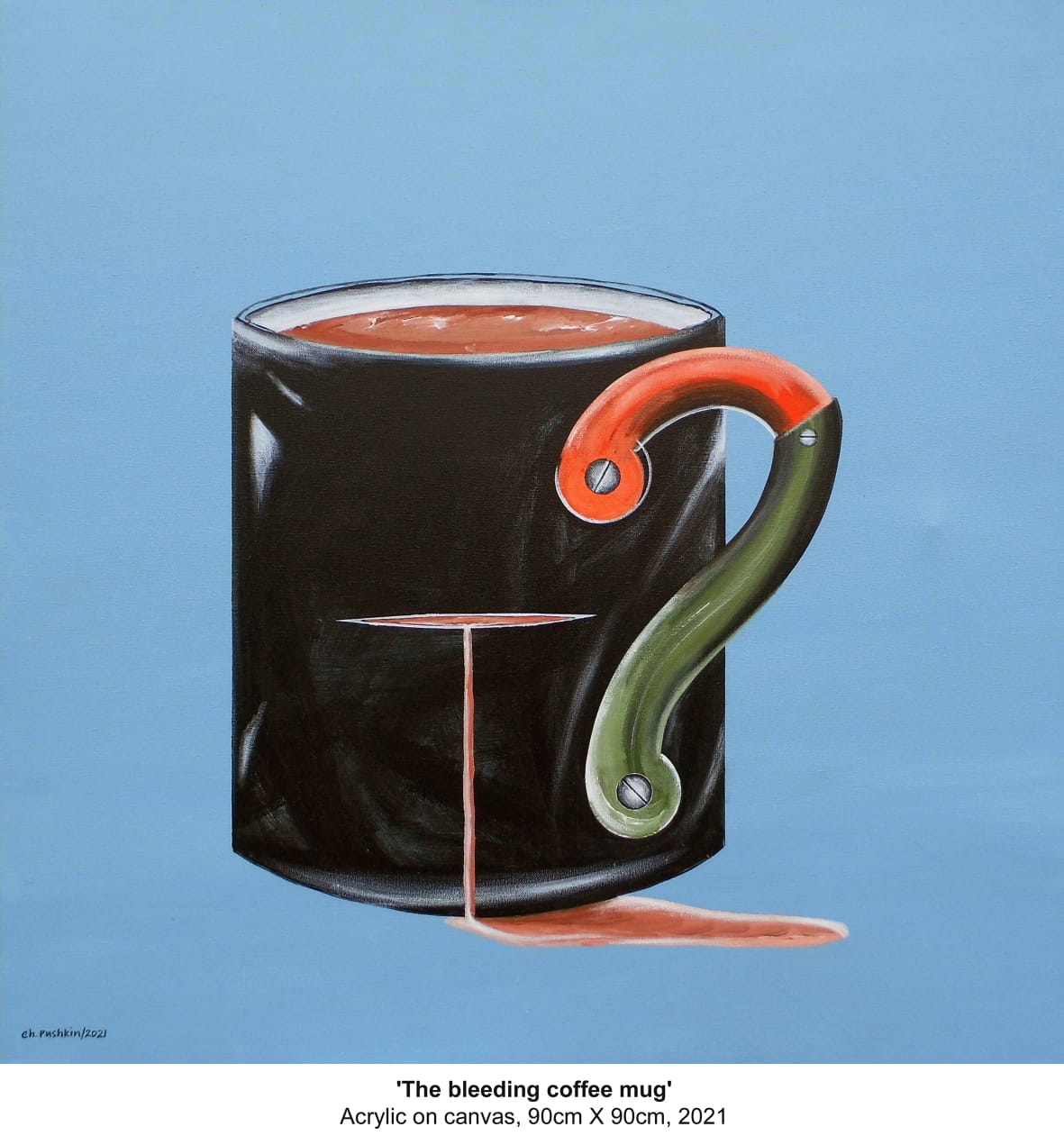 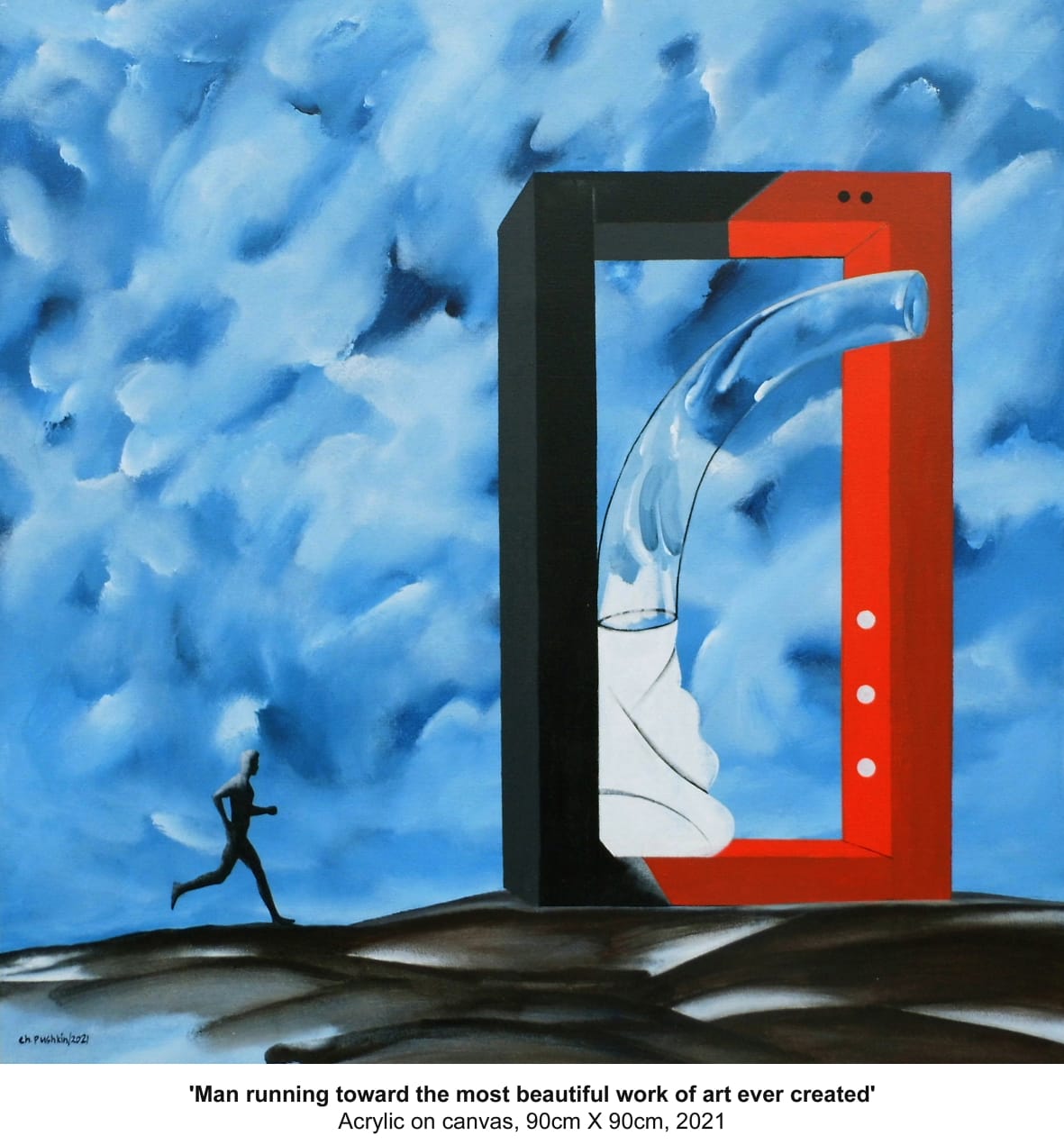 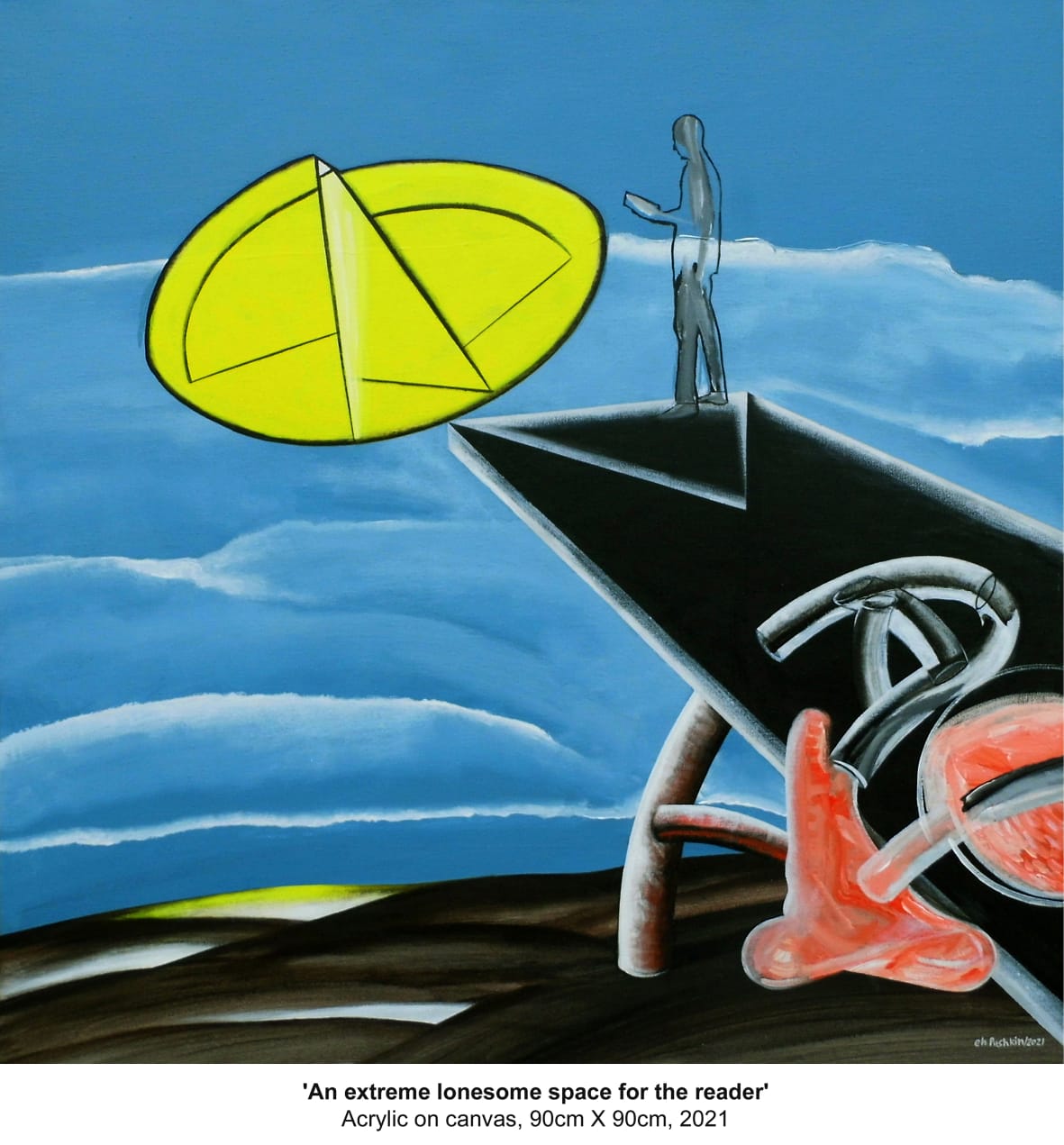 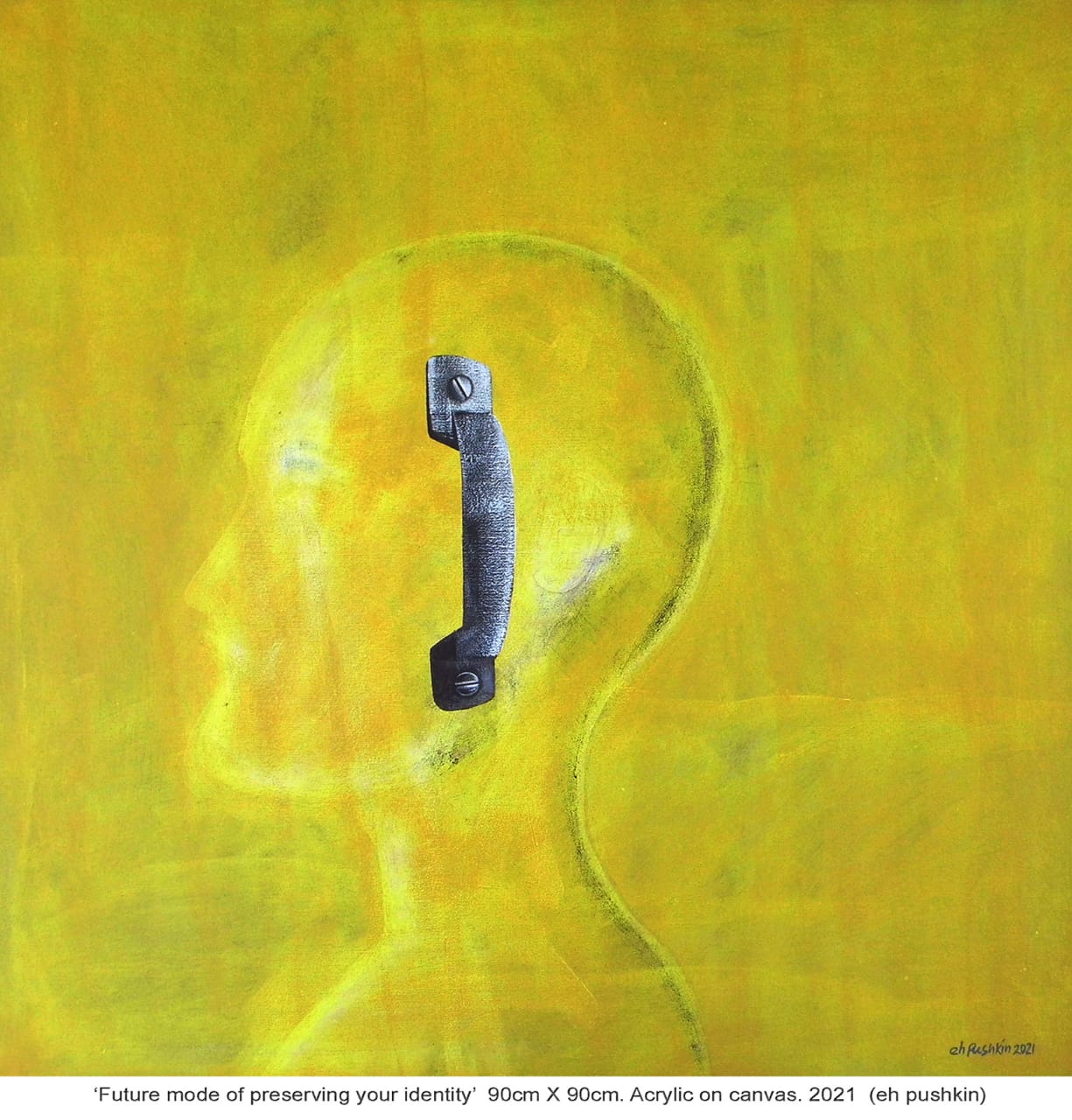 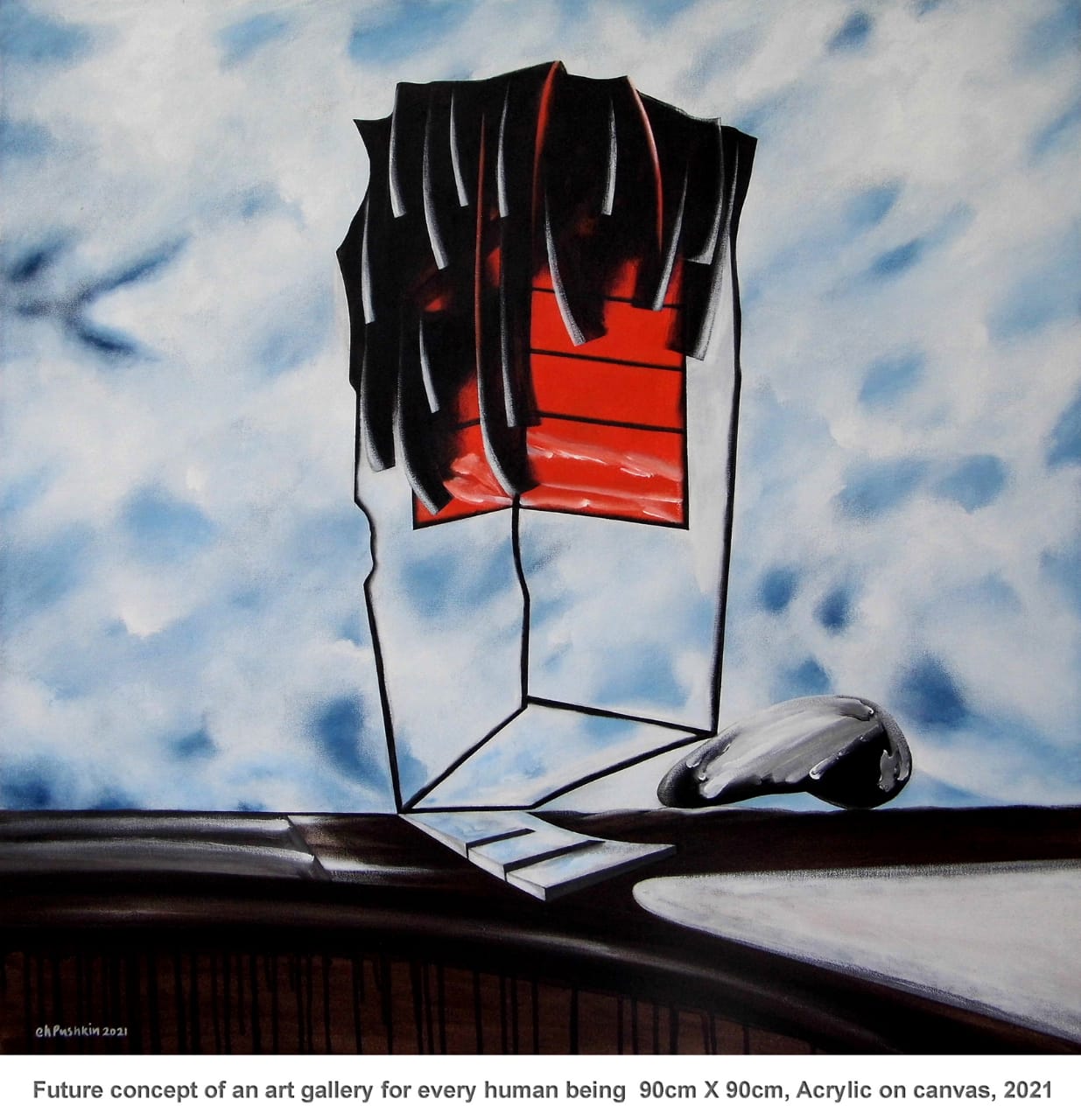 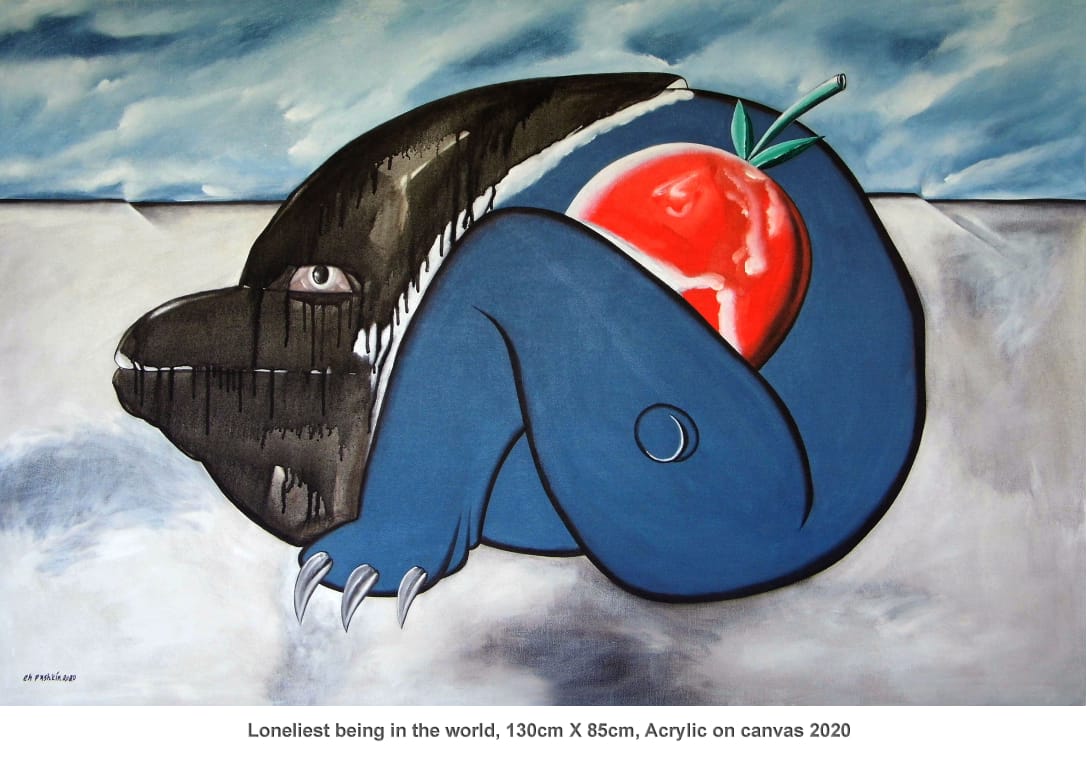 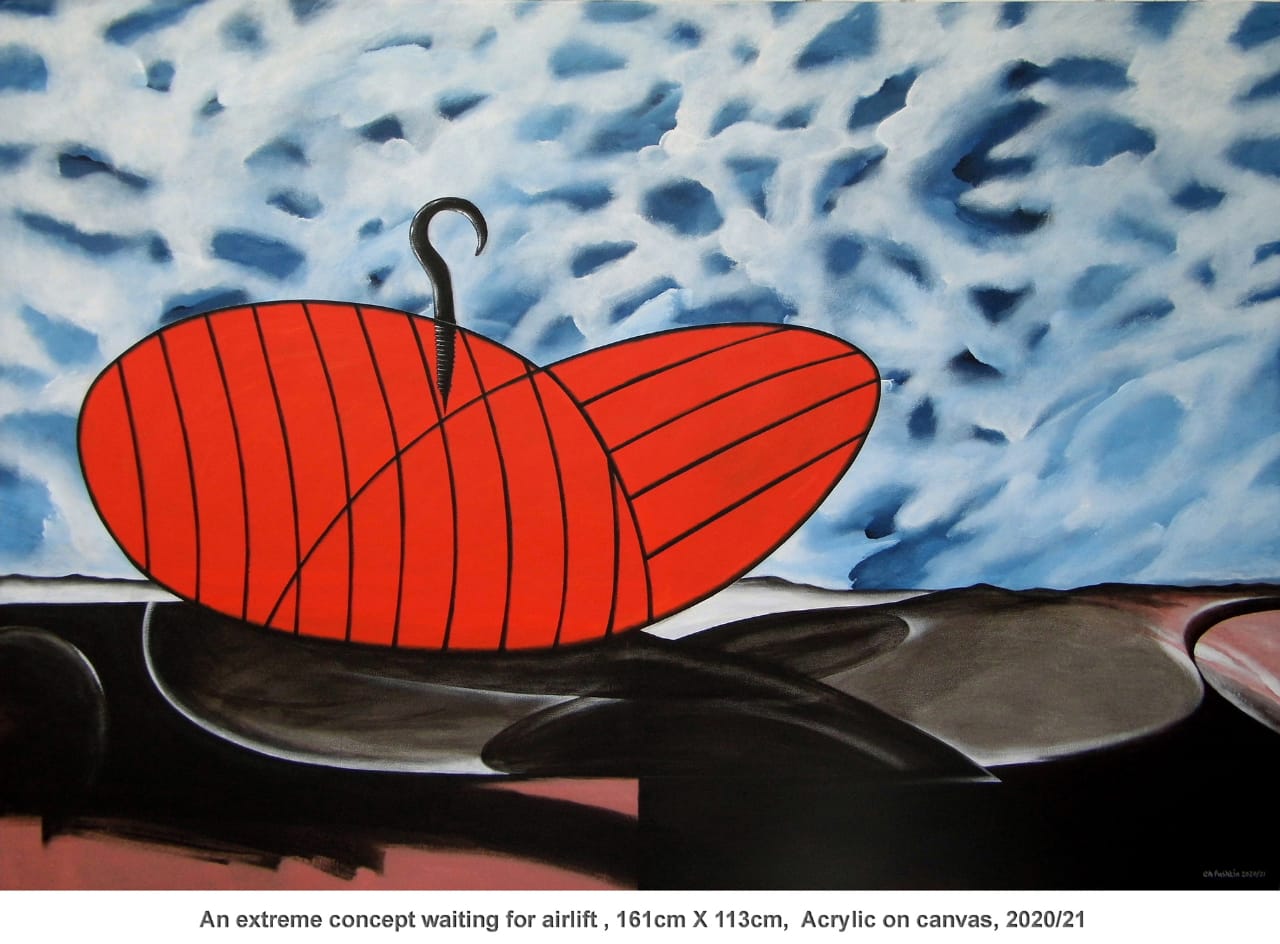 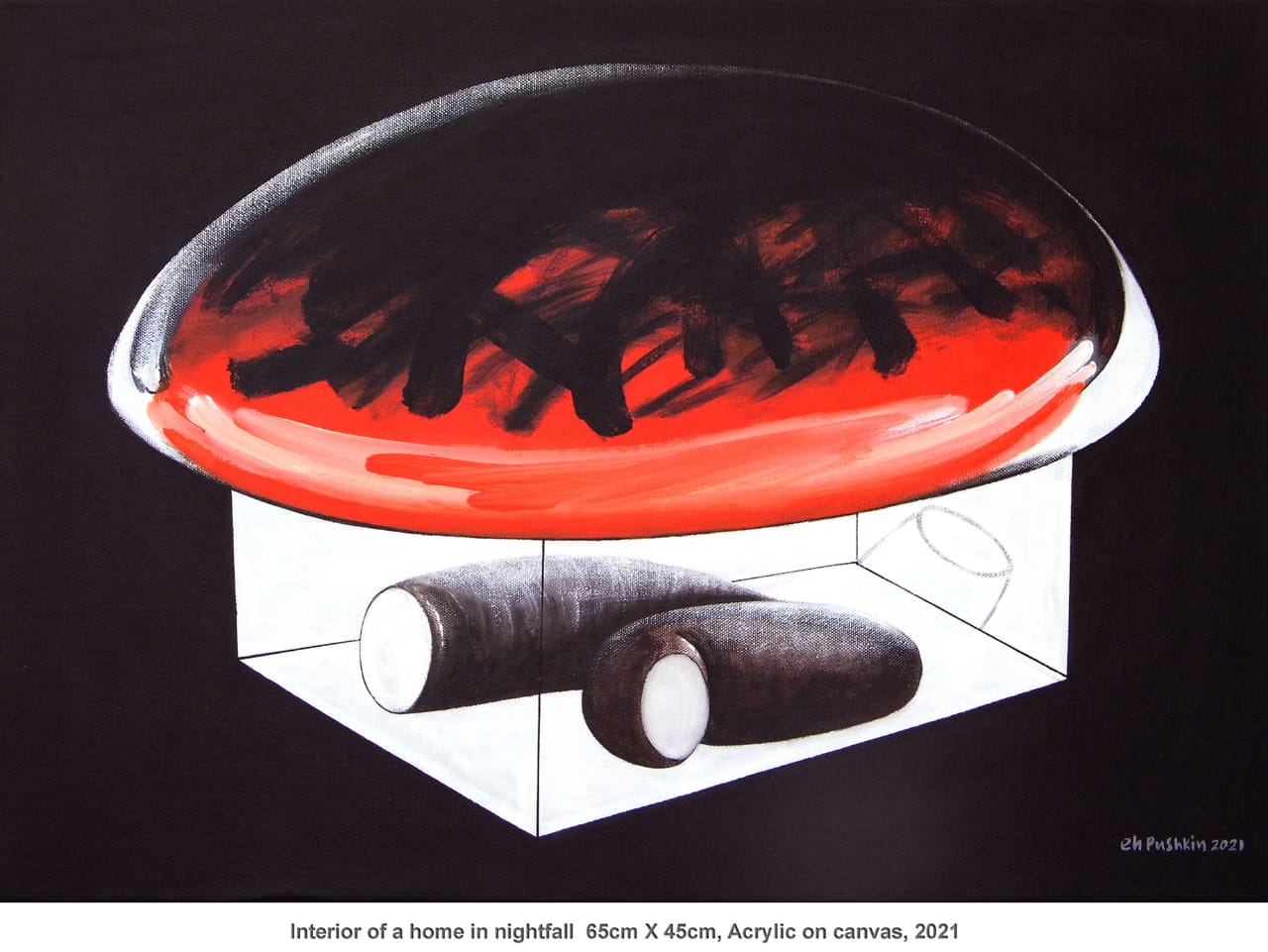 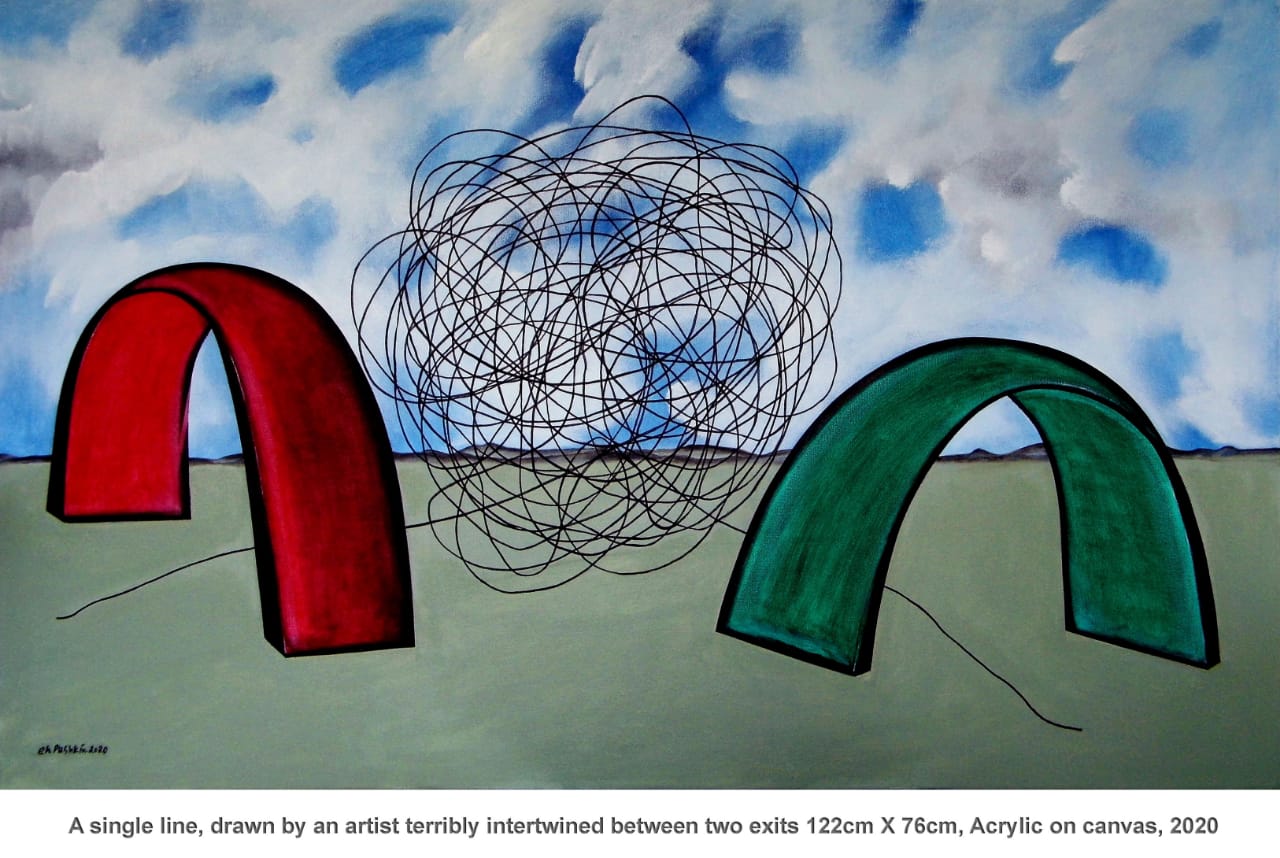 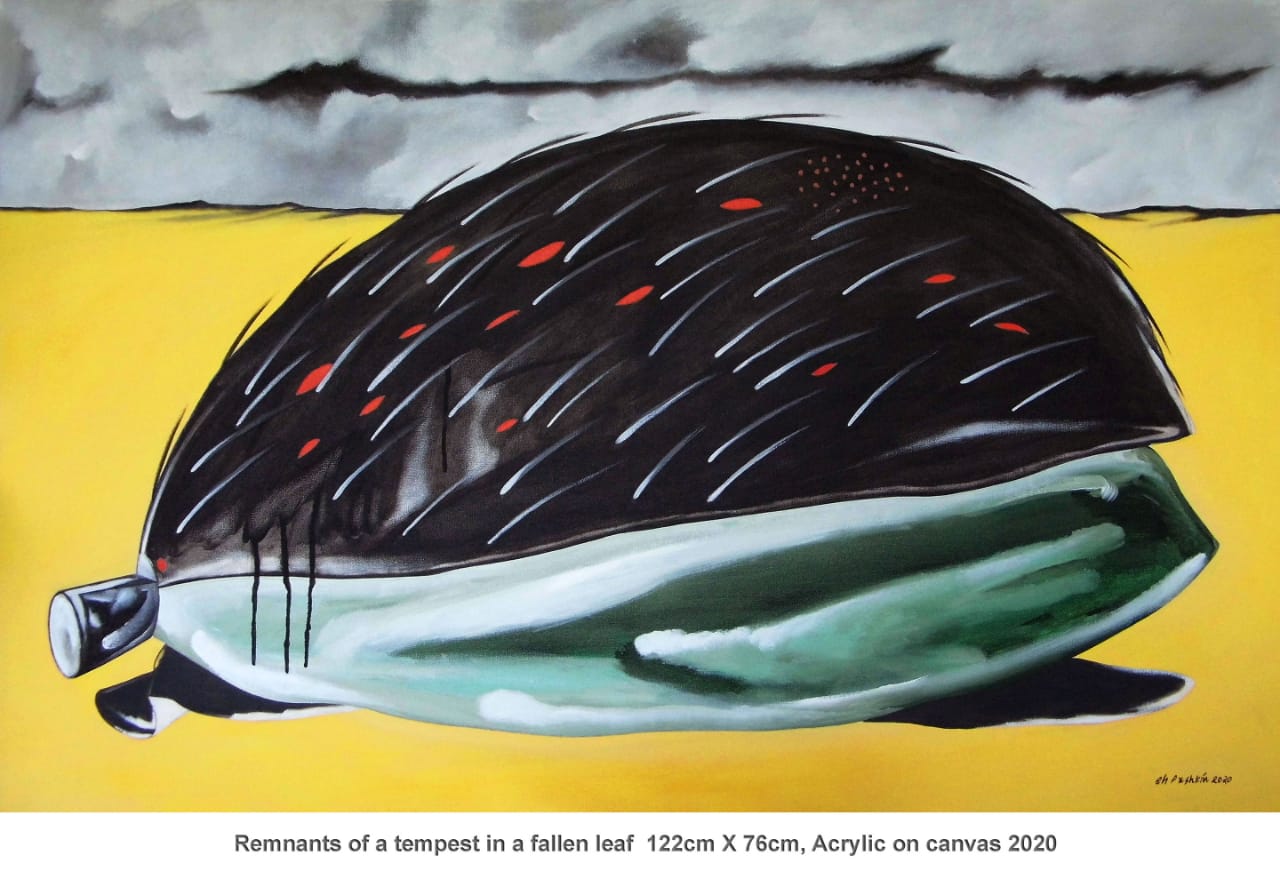 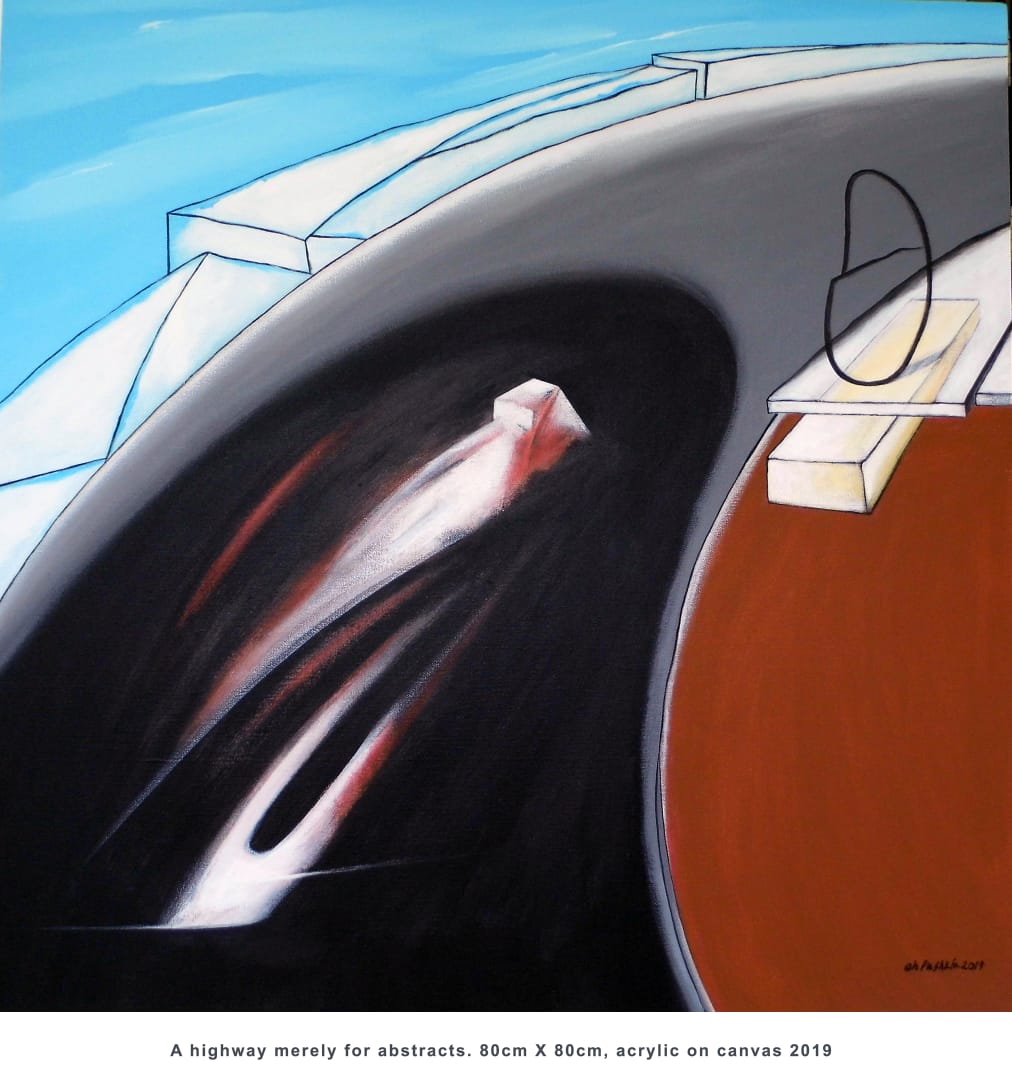 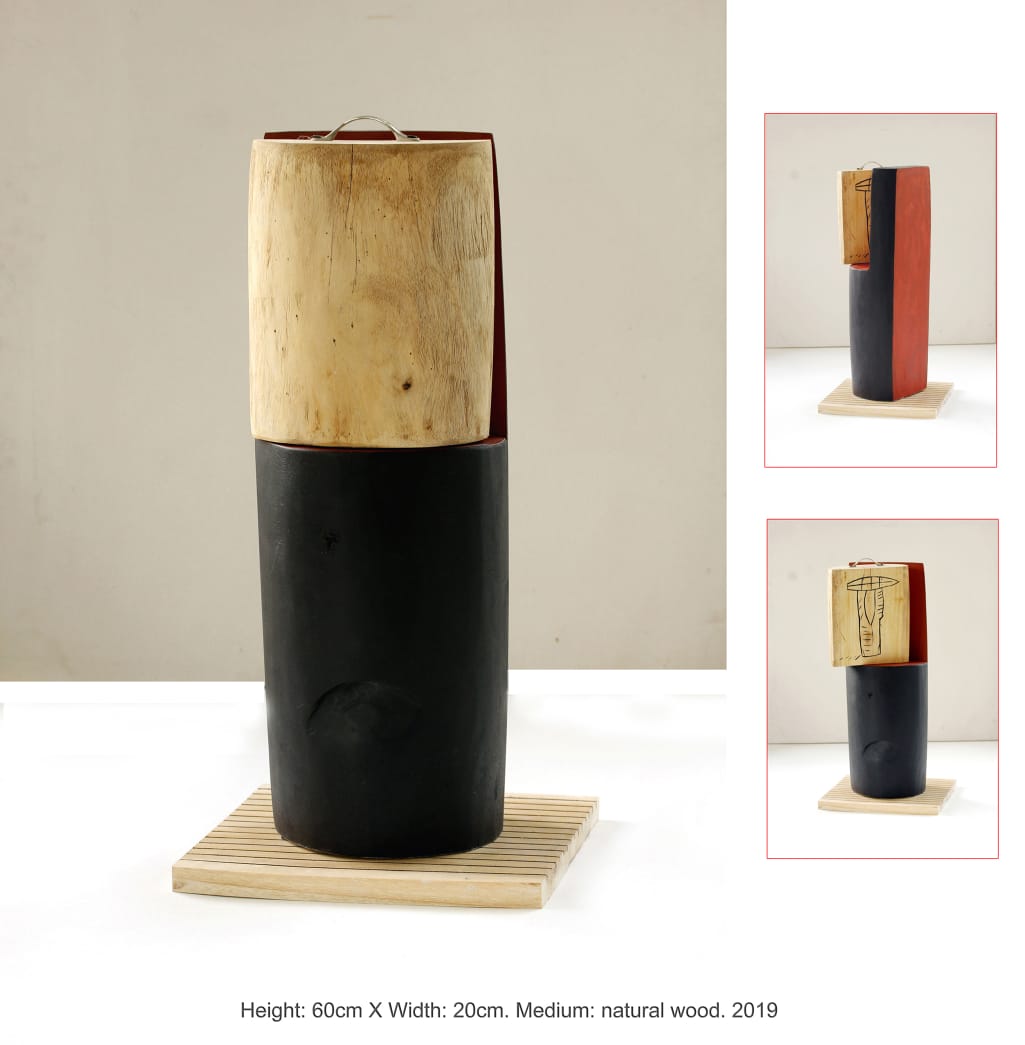